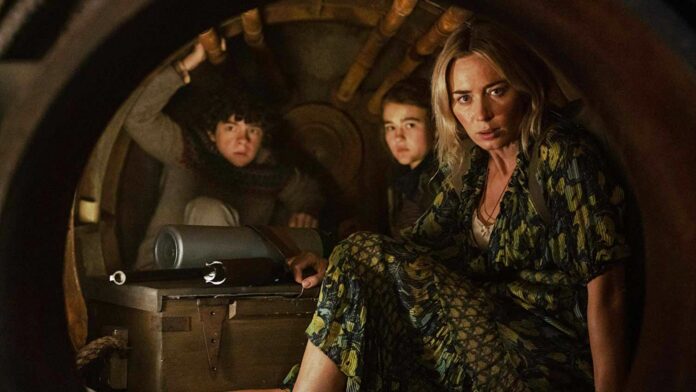 I’ll believe things have begun to return to normal when I’m sitting down in a theater watching A Quiet Place 2. Straight up. This is one of the films most impacted by the pandemic, with the anticipated horror sequel delayed just two weeks after its world premiere in March 2020. So it’s been more than a year-long wait to see the continued story of the remaining Abbott clan, who are still trying to survive a world overrun by monsters that prey on the slightest noise.

Paramount is eager for you to get back into theaters, as well, and have dropped the final trailer for the film. Emily Blunt, Noah Jupe, and Millicent Simmonds are back as the Abbotts, who now have a newborn in tow as they mourn the loss of their patriarch, played by John Krasinski in the first movie. Djimon Hounsou and Cillian Murphy play new characters, who perhaps can be trusted? Perhaps not?

Krasinski both returns to direct and writes the script for A Quiet Place 2, which finally opens on May 28th.

Following the deadly events at home, the Abbott family (Emily Blunt, Millicent Simmonds, Noah Jupe) must now face the terrors of the outside world as they continue their fight for survival in silence. Forced to venture into the unknown, they quickly realize that the creatures that hunt by sound are not the only threats that lurk beyond the sand path.