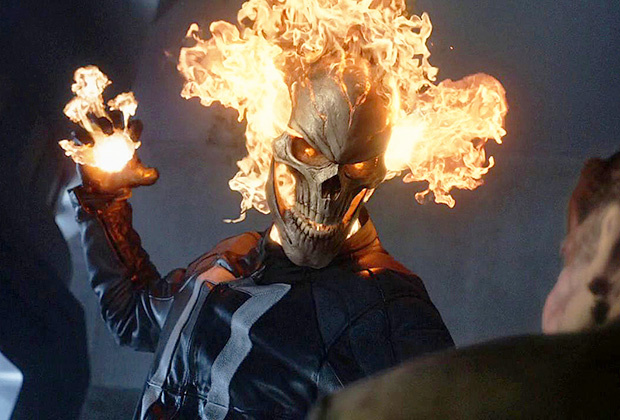 The last solid thing we’ve heard about Marvel’s plans for Ghost Rider came a couple of years ago when an attempted live-action series got canned before it even started. While various rumors have suggested the Spirit of Vengeance will be turning up in the MCU soon, a new one by That Hashtag Show (judge accordingly) says exactly where that’ll be.

A new version of Johnny Blaze/Ghost Rider will reportedly debut in Doctor Strange in the Multiverse of Madness. Might we see the flaming skull himself square off with the Master of the Mystic Arts? The site has absolutely no details on this other than say that some concept art has been seen, whcih means exactly nothing, to be honest. I have concept art for the greatest X-Man ever, Longshot, as a Stormtrooper but it doesn’t make it a reality.

But to entertain this for a bit, alongside Doctor Strange would be a decent spot for Ghost Rider to appear as both are part of Marvel’s mystical realm and share many of the same foes. I could possibly see Marvel casting an actor to play Johnny Blaze, the human host of the Ghost Rider, while saving his fiery side for a different movie all to himself.

We’ll see. I don’t put much stock in this one, but I’m curious enough to entertain the possibility. Doctor Strange in the Multiverse of Madness opens March 25th 2022.

‘Doctor Strange 2’ Will Bring America Chavez Into The MCU