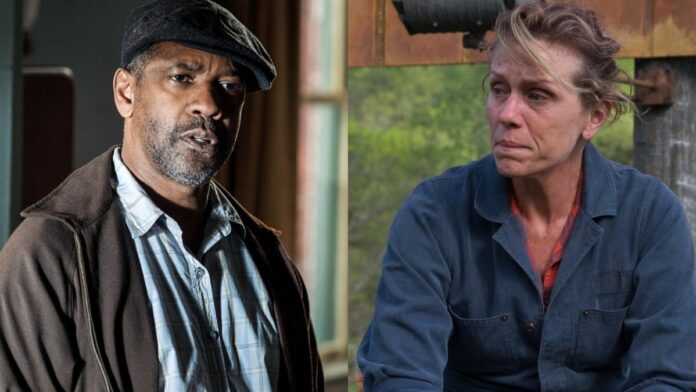 Netflix didn’t achieve awards season success right away; it took years of finding the right projects until they eventually broke through with Roma. Apple TV+ is still in those early stages now, but with exclusive projects such as Cherry, Greyhound, Killers of the Flower Moon, and festival darling CODA, it’s clear they are on the right track. And now you can add another that is almost guaranteed to be an Oscars contender in the very near future.

Apple will team with A24 to distribute Joel Coen’s The Tragedy of Macbeth, which stars Denzel Washington and Frances McDormand as two of Shakespeare’s most well-known characters; the title character and the manipulative Lady Macbeth. Um, yeah, Washington and McDormand have six Oscar wins between them, and with Coen that makes twelve. Just sayin’. This will be the first film ever directed by just one-half of the Coen Brothers duo, as Ethan is sitting this one out.

Announced a couple of years ago, we won’t have to wait long to see it. A24 plans to release The Tragedy of Macbeth in theaters this fall, no shock there, before moving to Apple TV+ streaming. [Deadline]