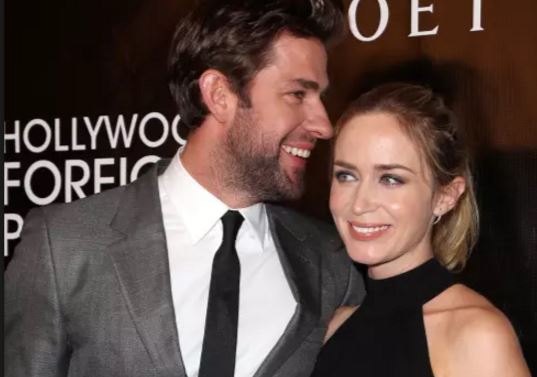 Ok, I admit that title is a bit harsh, everyone knows that Emily Blunt and John Krasinski are awesome. What’s not fantastic though, is that the smartest fan casting since Sebastian Stan was suggested for young(ish) Luke Skywalker, looks to be nothing more then a pipe dream. Emily Blunt, who was on Howard Stern’s eternal show to promote The Quiet Place 2 had the following to say when asked about the rumors:

“That is fan-casting. No one has received a phone call. That’s just people saying, ‘Wouldn’t that be great?’”

It’s heart breaking really…the Fantastic Four would have a perfect role in the MCU as Marvel’s first family. I know alot of people are shouting “Younger, Younger!” but let me tell you why that’s a bad idea. We have the New Avengers spinning up, and while some of the legacy members are sticking around what the team really needs is some responsible leadership. Krasinski and Blunt as Reed Richards and Sue Storm would be PERFECT as the defacto parents of the whole group. I say this knowing that, while he was no fit for Steve Rodgers, Krasinski does have an odd combination of both intellectually and physically able to his whole…thing, that makes him perfect for the patron nerd of superheroes.

Blunt went on to say that she doesn’t believe these films are below her…they just aren’t her thing and that Superhero fatigue is definitely something she’s starting to feel. All this being said, you know what the beautiful thing is? We can still believe, plenty of folks have outright lied about their casting and talks with the studio(s). I choose to believe folks!