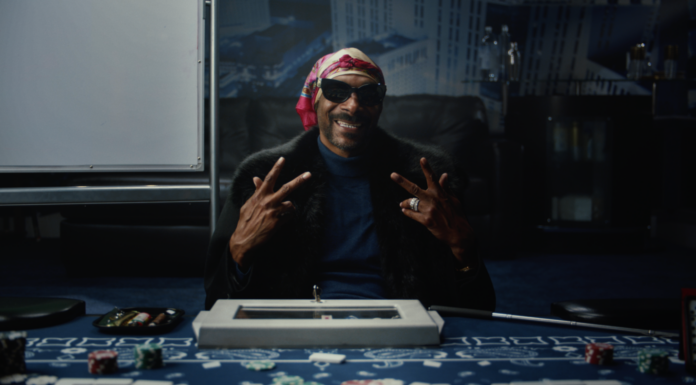 “What you know about them bones?”

Every sport needs at least one underdog story on the big screen. Most sports have dozens, but now it’s time for dominoes, or “bones” to get its due. Domino: Battle of the Bones features an all-star cast David Arquette, along with Snoop Dogg, Lou Beatty Jr., Tasie Lawrence, Megan Sousa, Anthony ‘Scruncho’ McKinley, and the late Tom ‘Tiny’ Lister Jr. The film also stars former NBA superstar Baron Davis, who makes his directorial debut.

Set in Compton, where playin’ bones is as common as breathing, the film centers on an aging competitive domino player who recruits his nerdy, white step-grandson for a run at the World Domino Championship.

Davis said on the importance of dominoes to him as a kid, “Growing up, dominos was a way of life and a way of culture. Not only is it just a game – it’s a recipe for human connection and human communication. If you’ve sat down with a stranger to play dominos, you’ve met a friend.”

This looks like a lot of fun, with so many big personalities (Snoop and Arquette must’ve been nuts) playing colorful, outlandish domino rivals. It’s also good to see Lister one more time, as the popular Friday and No Holds Barred actor died way too soon.

Domino: Battle of the Bones opens in select theaters on June 11th.