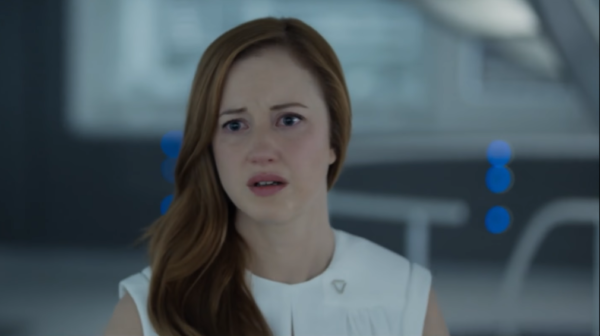 You had me at Andrea Riseborough. The Mandy and Possessor actress has joined the latest adaptation of Roald Dahl’s beloved book, Matilda. This one will be a musical, with a cast that includes Alisha Weir, Emma Thompson, Lashana Lynch, and other new additions Stephen Graham and Sindhu Vee.

Matilda follows the adventures of an extraordinary genius of a girl, who uses her wits and imagination to take a stand against her awful parents and the ruthless principal of her school. The film will be based on the Tony and Olivier award-winning play Matilda The Musical, which will be directed by Matthew Warchus (Pride) and adapted by Dennis Kelly.

Riseborough will take on the role of Mrs. Wormwood, Matilda’s bingo-obsessed mother, with Graham as the child’s disreputable father.

Coming up for Riseborough is starring alongside Benedict Cumberbatch in biopic The Electrical Life of Louis Wain. She also has the supernatural thriller Geechee and David O. Russell’s upcoming film. She was most-recently seen in the SXSW thriller Here Before, which I reviewed here. [Deadline]