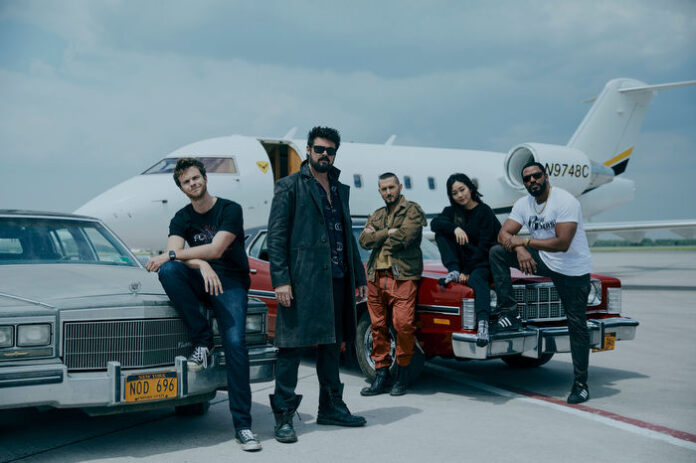 Finally, season 3 of The Boys is here with the first three episodes of the series available on Amazon Prime right now (sadly, it’s weekly releases from here on out). Before we get into the nitty gritty, let’s just save some folks some time, if the previous seasons of The Boys seemed a little much for you in terms of violence and all-around degeneracy then you can go ahead and check out now, the quotient is definitely upped this time around. 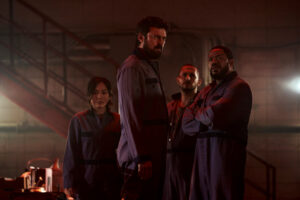 When we last left the team, they were coming fresh off a victory and a terrible loss. Stormfront, the Nazi in disguise and best gal of the homicidal Homelander (Antony Starr), was burnt, beaten, and mauled beyond recognition but at the cost of Butchers wife, Becca. We join them this season with MM trying to get back to a normal life, and the rest of the team distancing themselves from, but still working with Butcher (Karl Urban). Butcher was still hellbent on killing every supe he could. It’s here that the fun begins, and honestly where you will know whether you are in or out on this season. The first episode begins just after the Hollywood premier of Vaught’s latest Dawn of the Se7en (featuring a nice little cameo by Charlize Theron). It’s the after-party where things get real, we follow Butcher and Hughie (Jack Quaid) to a house party where they’ve tracked a Supe on their list, Termite. The scenes that follow, I can safely say, are not like anything I’ve ever seen before…it’s a total “No…No, he’s not? Is he?” moment. 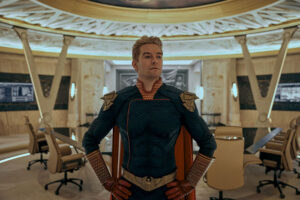 Without getting into spoilers the first three episodes establish a season that is going to take what we’ve seen previously and dial it to 11. This isn’t just applicable to the violence, sex, and gore…honestly, I’d say that at the end of the day that’s the least of it all. The primary escalation is in the tension built on Homelander. He’s always been a ticking time bomb, but with the events of season 2 you can hear the countdown beeping. The genius of Kripke and his crew with this show is building to this Homelander character a person that doesn’t have a clear trigger. It could be something serious, like the death of someone close to him, OR it could be someone giving him a coffee without the creamer he prefers. You literally never know how he’ll react to any situation which is cataclysmic with someone that could single handedly lay waste to the planet. Butcher and The Boys recognize this, and the solution becomes the driver for the season. 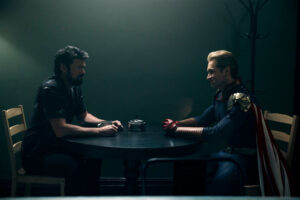 Queen Maeve figures in large in these first episodes, working as a kind of double agent passing info to Butcher and as a special gift passing a 24-hour variant of compound V allowing the team to even the playing field with the bad guys. Data is king though, and while the V helps, it’s what Maeve passes that’s the game changer. She reveals that Soldier Boy, played by series newcomer Jensen Ackles, who was the OG Homelander, wasn’t killed in a nuclear accident like was portrayed by the media but by a weapon developed by the Russians. A weapon they may still have.

Capes, Carnage, Colossal Tension, and more… honestly, I have a feeling we’re starting the best season of this show yet. A quick disclaimer for fans of the graphic novels, we are very much off the reservation here, do not go in expecting scenes (or even characters) from the books to translate the same. The changes are by and large for the better, but if you go in with those expectations, you’ll disappoint yourself and ruin what is a VERY fun watch. The best is yet to come, while I can’t talk about the rest of the season, yet I will just say that Jensen Ackles version of Soldier Boy is far and away better then the Star Spangled Dipshit we were treated to in the comics version.

Check out the first three episodes of The Boys right now on Amazon Prime!