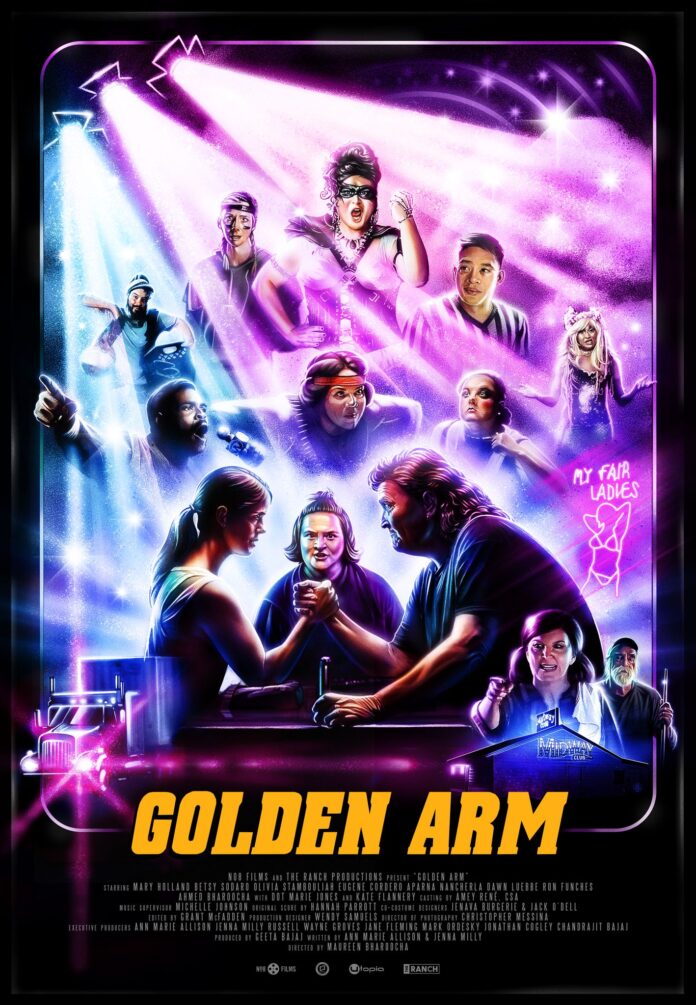 It’s about time we had an updated Over the Top with a female spin. That’s what the upcoming arm wrestling comedy Golden Arm appears to promise, along with a healthy dose of female bonding and characters that look like they stepped out of the world of pro wrestling. Sign me up.

The film marks the feature debut from director Maureen Bharoocha, and stars Mary Holland as a baker whose nice-girl personality hides her hidden strength. Rolling that dough has given her one Hell of a strong arm, one she puts to use in the Women’s Arm Wrestling Championship, encouraged by her trucker pal.

Golden Arm has been playing festivals in Milwaukee and Austin, but will finally be released digitally and in theaters on April 30th.

When her best friend Danny ropes her into taking her spot at the Women’s Arm Wrestling Championship, nice girl baker Melanie must trade whisks for barbells as she trains to face off with the reigning champ for a chance at newfound badassery and the grand prize.