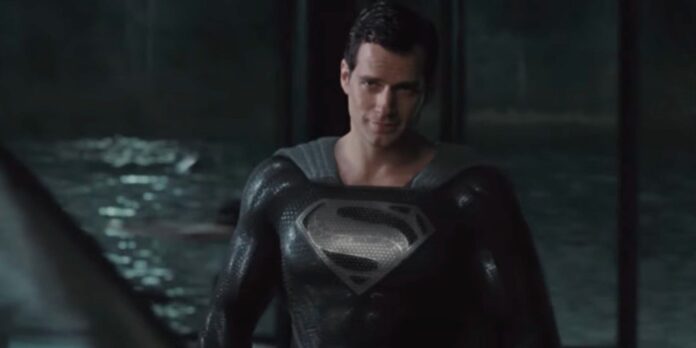 Ahhh, the black Superman suit. I’ve never really understood the fascination but it definitely has a ton of fans who have wanted to see it get the screen time Zack Snyder always had in mind. Well, they’ll finally get that chance with the four-hour Zack Snyder’s Justice League on HBO Max, but first, he’ll just a small taste.

A brief clip from Zack Snyder’s Justice League has been released and it features Henry Cavill’s Superman, sporting the black suit, approaching Jeremy Irons as Alfred Pennyworth. This was a scene that Snyder intended for the original Justice League film, but when he had to leave it was cut out by Joss Whedon and WB execs who didn’t care for it.

In the comics, Superman’s black outfit is a recovery suit for when he’s at his absolute weakest, like recovering from getting killed by Doomsday and stuff like that.