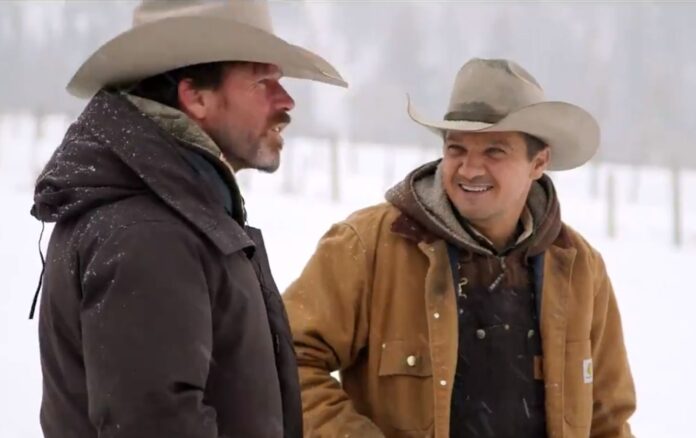 Every streaming service needs their Stranger Things. It’s not enough to buy up all the existing licensing and show re-runs of The Office and Friends (though Peacock seems to see things differently). OC, or original content is the name of the game and Paramount+ found their flagship in a somewhat unexpected place with filmmaker Tyler Sheriden (Hell or High Water, Wind River). If you are familiar with Sheriden’s work you know he sticks to a very Western aesthetic. It’s that aesthetic he brought to Yellowstone, Paramount+’s hit show which stars Kevin Costner and follows Montana ranching family the Duttons, and that they are hoping he brings to two new projects. The first, and most exciting, of the two is Mayor of Kingstown. Not only is Sheriden the creative force but he’s pulled in Jeremy Renner to star and added fuel to the fire by enlisting Antoine Fuqua as an executive producer. Once you read the show’s synopsis it becomes clear what Fuqua will bring to the table as he is no stranger to tales of injustice and police/policing corruption:

“Mayor of Kingstown follows the McLusky family — power brokers in Kingstown, Michigan, where the business of incarceration is the only thriving industry. Tackling themes of systemic racism, corruption, and inequality, the series provides a stark look at their attempt to bring order and justice to a town that has neither. Renner will play the head of the McClusky family.”

Now I’m sure this show won’t change the world, but any light we can shine on the absurdity that is privatized correctional institutions is light we HAVE to shine.

The second show in the works is more closely connected to Sheriden’s current successes and will be a spin-off of Yellowstone, the working title of the in-development series is 6666, which happens to be the (somewhat odd) name of the ranch at the center of the series:

“Founded when Comanches still ruled West Texas, no ranch in America is more steeped in the history of the West than the 6666. Still operating as it did two centuries before, and encompassing an entire county, the 6666 is where the rule of law and the laws of nature merge in a place where the most dangerous thing one does is the next thing. The 6666 is synonymous with the merciless endeavor to raise the finest horses and livestock in the world, and ultimately where world-class cowboys are born and made.”

I’ve never been a die-hard Western fan, but I have to admit that these shows have piqued my interest.

.@Yellowstone series creator Taylor Sheridan teams up with Antoine Fuqua for The Mayor of Kingstown with @JeremyRenner, a new scripted drama that offers a stark and brutal look at the business of incarceration. #ParamountPlus pic.twitter.com/Jd08QqPAY4