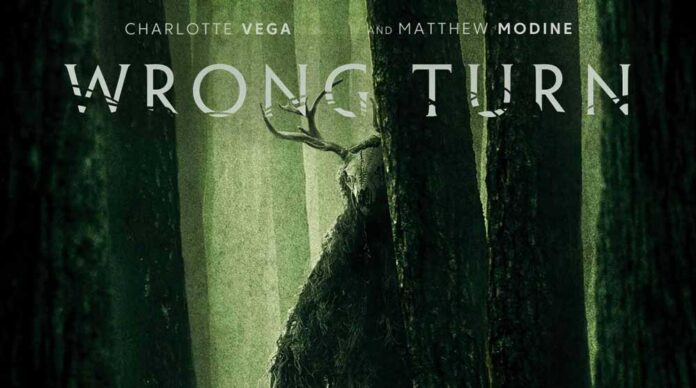 It really seems like every day there is something else that’s meant to make me feel old. Until now, reboots and remakes were a slice of comfort. The source was always some film or franchise from my childhood, and that was just fine by me, but we’ve turned a corner my friends…now movies made in the 2000’s are ripe for reboot. 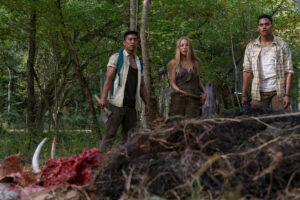 Now, I know they get a bad name, but I’ve always said that as long as the filmmakers stay true to what made the original special and only updated that which needed updating, the results could be amazing. I usually bury the lead a bit more then this, but I am happy to report that Mike P. Nelson’s reboot of the 2003 horror cult classic Wrong Turn does just about everything right. A little background, Wrong Turn follows Jen Shaw (Charlotte Vega) her boyfriend, Darius (Adain Bradley) and their gang of friends, Adam (Dylan McTee), Milla (Emma Dumont), Gary (Vardaan Arora), and Luis (Adrian Favela) as they venture out into Appalachian trail on a post-college mission, for some, to find themselves. As the title implies, they end up somewhere that they shouldn’t be and are set upon by a forest dwelling cult known as the Foundation. Now this is where the original and re-make divert.

The original film was very The Hills Have Eyes and/or The Texas Chainsaw Massacre in that the bad guys were an inbred family of cannibals. I must give writer Alan B. McElroy (who also penned the original) credit for the change because that woodland cannibal trope is old and tired. Instead, the group, known as the Foundation, are a clan that began their isolation back in the pre-Civil War days and will do anything to keep modern life from encroaching on or threatening their simple way of being. There’s always a moment in these movies where the protagonists do something they definitely shouldn’t do, and Wrong Turn is no different. After happening upon an old farmhouse the group breaks in and explores, before they can be on their way a rickety old truck pulls up and it all just hits the fan from there. 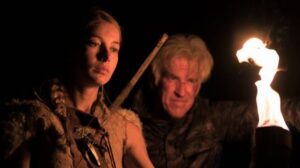 Wrong Turn doesn’t rewrite the rules, nor does it shed light on a real-world injustice, but it does aspire to be more then just a standard slasher. The coolest thing that Nelson does is to portray the Foundation in almost a softer light. They are NOT the good guys, and what transpires is not earned by the group of friends but by making the main group a little less likable and portraying the foundation in a slightly more sympathetic light, the film manages to make you feel uneasy about what’s happening in a totally unexpected way. After all…the Foundation isn’t invading the city folks home and riffling through their stuff, are they? The downside to this approach, however, is that the time you would have spent enriching your victims is spent giving more of a background to the killers. The result is a mostly throwaway cast of characters Jen is fleshed out enough to anchor the film and at the end of the day, with a horror movie like this, isn’t that all we really need? The action and horror start very quickly and don’t relent until the credits roll, the method of dispatchment for the twenty-somethings is where the film’s true creativity lies. Nelson turns the environment into the real threat, establishing that traps could be hiding anywhere and that no step is truly safe. 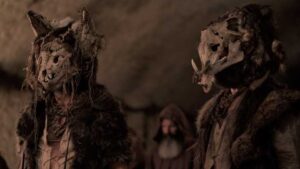 If gore is your thing, you are in luck. Wrong Turn doesn’t produce enough blood to qualify for the top tier of gore-fests but there are plenty of decapitations, torn flesh, and even a crushed skull or two to keep you satiated. What it lacks in gallons of blood per minute it makes up for in a somewhat unexpected story. While it’s not hard to throw me for a loop with a film like this, after all woodland slashers are the MOST formulaic sub-genre out there, I was genuinely surprised at a few story moments I didn’t see coming.

It should go without saying, non-horror fans need not apply, but if you enjoy a good fright flick I’m confident in saying you will not leave Wrong Turn unsatisfied. A story and script that was obviously much more then an after thought to the kills, and a compelling cult of killers make this film one of the few reboots that nails it. The original had 6 sequels, I’m holding out hope that we get a few more installments this go around with more of a focus on the Foundation and their obvious history of ultra-violence.