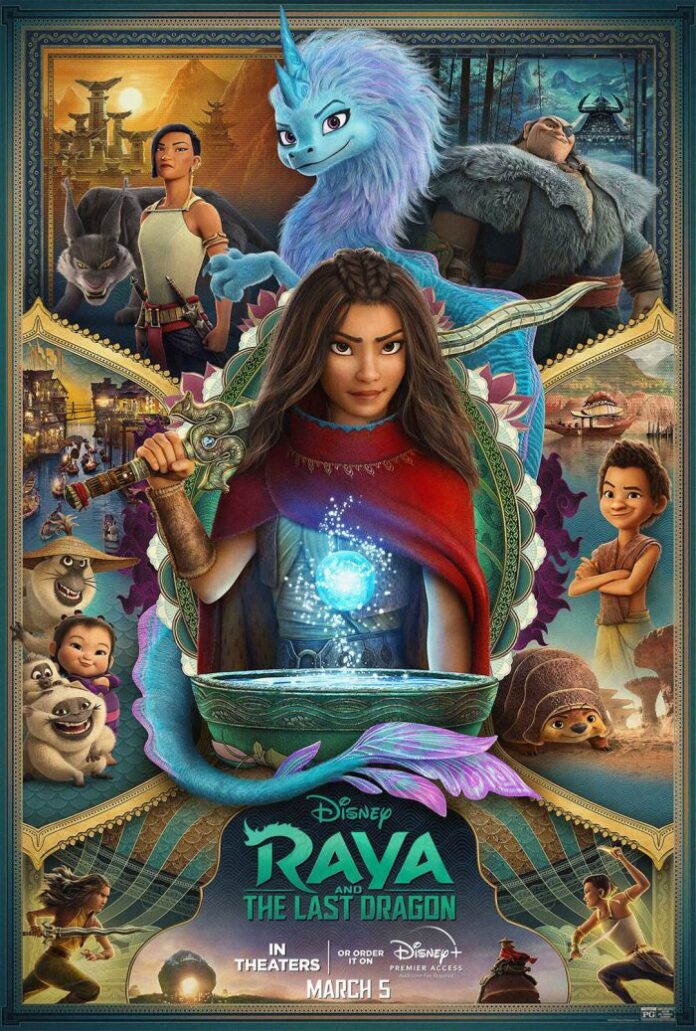 In another first for studios, in what’s becoming a year of firsts, Disney has decided to offer pre-orders for it’s upcoming animated epic Raya and the Last Dragon. Pre-orders are nothing new, but Disney is offering the chance to pre-order on Disney+ through their Premier Access program which is a first for the Mouse House. This will most likely be a real test of Disney’s likelihood to follow the “day and date” process that Warner Bros has committed to. If you remember from Mulan‘s debut, the premier access is a $30 charge which allows you to watch the film at home for as long as you have Disney+. The real reason I wanted to post this news is to point out the audacity of studios. There is no listed bonus, or prize, no poster coming to you in the mail for pre-ordering. Just a pay now, watch later situation. Pre-orders make sense for theaters (pre-COVID at least), where you can miss your chance to see a film because they’re sold out…or even if you just want to pick a prime seat. For streaming, neither of these is a problem. When you add in that, while I think it’s totally fair, many people thought the $30 charge to see the movie was too much, what you end up with is a studio that seems to be somewhat tone deaf at a time when they should be listening VERY closely. I don’t want to crap on the film itself, ‘Raya’ looks stunning and the story appears to be different from other Disney Princess type films. I’m sure the movie itself will be amazing, I just think that Disney putting out press releases lauding the fact that they “let” you pay to see something at home before you can actually watch it, well it just seems odd.

Raya and the Last Dragon hits Theaters and Disney+ on March 4th, 2021

“Raya and the Last Dragon” takes us on an exciting, epic journey to the fantasy world of Kumandra, where humans and dragons lived together long ago in harmony. But when an evil force threatened the land, the dragons sacrificed themselves to save humanity. Now, 500 years later, that same evil has returned and it’s up to a lone warrior, Raya, to track down the legendary last dragon to restore the fractured land and its divided people. However, along her journey, she’ll learn that it’ll take more than a dragon to save the world—it’s going to take trust and teamwork as well.