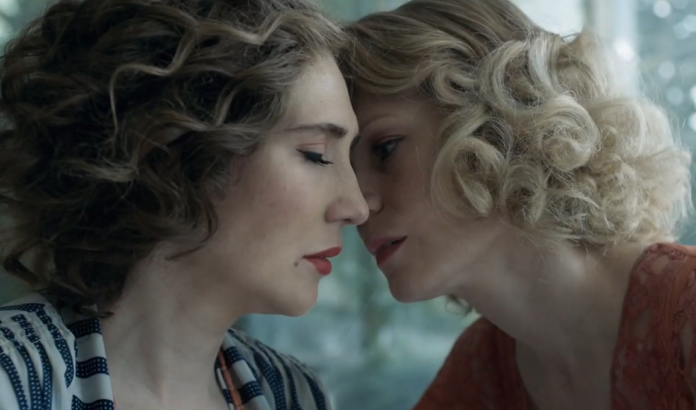 Let’s be honest, history has not treated women well for the most part. Be they straight, but most especially if they were gay, and had to keep that part of themselves secret from an unforgiving world. We’ve seen many films on that topic recently, including Portrait of a Lady on Fire, Ammonite, and the upcoming The World to Come. And now we have The Affair, which chronicles a lesbian romance in the 1930s.

Game of Thrones star Clarice van Houten and Kingsman actress Hanna Alström star as women in 1930s Czechoslovakia who find the passion in one another that has been missing in their lives. As Hitler gains power, the change in political winds threatens to destroy their illicit affair, and puts their lives in jeopardy.

Houten and Alström are joined by The Square and Dracula actor Claes Bang, making for a pretty sweet cast.

I’ve had issues with some of the recent lesbian dramas lacking passion (looking at you, Ammonite!), but that definitely does not seem to be the case here.

In 1930s Czechoslovakia, newlyweds Viktor and Liesel Landauer are filled with optimism and happiness in their new home. But all too soon, extramarital temptations bring out their darkest secrets and desires. As Liesel turns to her sensual friend Hana for the passion she lacks in her marriage, Nazi troops enter the country, threatening the Landauer’s lives and the burning desire between the two women.