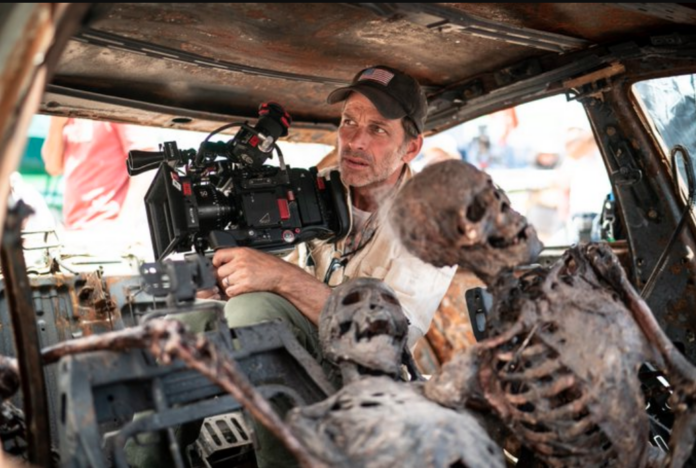 Zack Snyder and Warner Bros. have quite a history together. The studio has been in Snyder’s corner for a very long time, stretching all the way back to 300 in 2006, and through such films as Watchmen, Sucker Punch, the underrated Legend of the Guardians, and of course, his DCEU projects like Man of Steel, Batman v Superman, and his upcoming cut of Justice League. There are quite a few low-lights on that list, and WB has stuck with Snyder through all of them, and yet they wanted no part of his zombie film Army of the Dead.

What’s up with that?

According to Snyder, who debuted some first-look Army of the Dead images to EW, it was simply that WB didn’t want to pay for a zombie movie that had, to be fair, taking quite a long time in development…

“They didn’t want to spend that kind of money on a zombie movie, or just didn’t take it that seriously. I was always like, ‘Look guys, this is more than [just a zombie movie],’ but it fizzled out.”

Fortunately, the deep pockets of Netflix came calling and they were very interested, even going so far as to shell out for a four-hour animated prequel series.

“We were in a meeting at Netflix and I was talking about some of these scripts I was working on,” Snyder recalled. “And I mentioned the idea to [Netflix head of original films Scott Stuber] and he was like, ‘That is the movie! Go write that movie and let’s make it.’ I was like, ‘What, do you mean now?’ And he’s like, ‘Go write it tomorrow and we’ll do shoot it in a week.’”

So what was it that got Netflix so pumped? Army of the Dead starts Dave Bautista, Ella Purnell, Ana de la Reguera, Garret Dillahunt, Omari Hardwick, Tig Notaro, Hiroyuki Sanada, and more in a story that follows mercenaries who attempt a Las Vegas casino heist during a zombie outbreak.

“It is a full-blown, balls-to-the-wall zombie heist movie, so it’s genre-on-genre in a great way,” Snyder said. “So you expect pure zombie mayhem, and you get that, 100 percent. But also you get these really amazing characters on a fantastic journey. It’s going to surprise people that there’s a lot of warmth and real emotion with these great characters.”

Netflix has yet to give Army of the Dead a release date but it should arrive soon. Perhaps the streamer will hold it as a summer blockbuster? 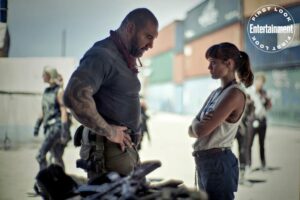 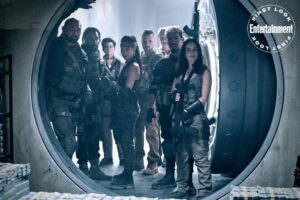