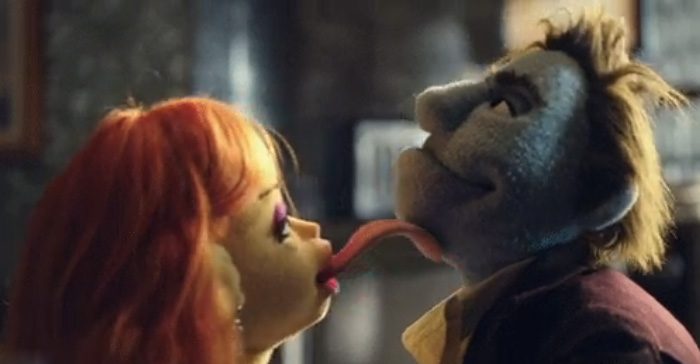 Think Who Framed Roger Rabbit with a puppet cast inspired by The Muppets and you’ve got a pretty good idea what to expect from The Happytime Murders. The very hard R-rated comedy from Brian Henson, the son of legendary Muppets creator Jim Henson, stars Melissa McCarthy in a film that, strangely enough, looks funnier and more human than Life of the Party ever did.

McCarthy is joined by Maya Rudolph, Joel McHale, Jimmy O. Yang, Leslie David Baker, and Elizabeth Banks as the few humans in this film about two detectives, one human and one puppet, who must discover why the puppet cast of an ’80s TV series are being killed. This is the first movie under the Henson Alternatives label. The title alone should tell you this isn’t the studio that’ll be teaching kids their ABCs.

Here’s the synopsis:  No Sesame. All Street. THE HAPPYTIME MURDERS is a filthy comedy set in the underbelly of Los Angeles where puppets and humans coexist. Two clashing detectives with a shared secret, one human (Melissa McCarthy) and one puppet, are forced to work together again to solve the brutal murders of the former cast of a beloved classic puppet television show.