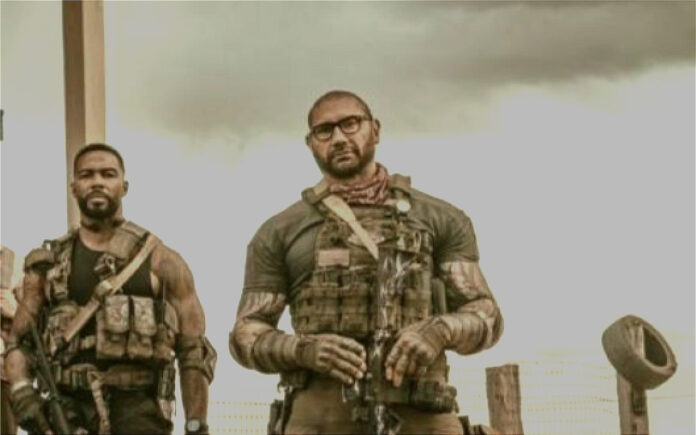 When James Gunn was hired for The Suicide Squad, it came shortly after he was fired from Guardians of the Galaxy 3. Who was most upset by that? Dave Bautista, and for a while, it looked as if he would jump ship over to DC so he could work with Gunn again. Well, that didn’t happen, and in an interview with EW Bautista says the reason is he wanted to work with Zack Snyder on Army of the Dead.

Bautista reportedly told EW that he turned down The Suicide Squad in order to star in Snyder’s zombie heist film. However, Bautista adds that he wasn’t into it when first offered.

“I said I wasn’t interested. I had this chip on my shoulder and was looking for juicy [dramatic roles]. Then I read the script and it was a lot deeper and had more layers than I thought. And also, to be quite frank, I wanted to work with Zack.”

The movie follows a group of mercenaries who attempt a Las Vegas casino heist during a zombie outbreak, and it’s the promise of that wild plot which played into Baustista’s decision…

The curtain seems to be lifting on Army of the Dead, and a trailer could be on the way that gives us a firm release date.