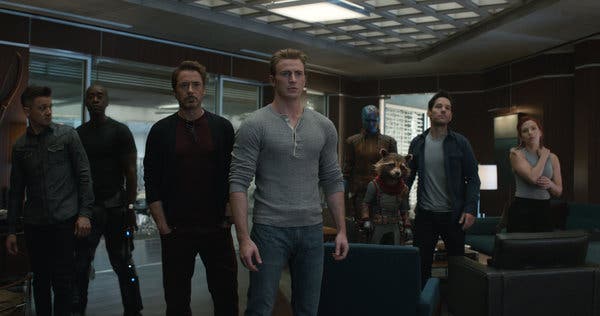 Man, there has been an awful lot of Kevin Feige lately. Marvel must have something coming up. Well, they do, as WandaVision hits Disney+ this week, marking the first series effort as part of the MCU. And while the focus has rightfully been on that, there’s still the question of what’s going to happen on the big screen and whether there will ever be another Avengers team movie. Well, considering they each have made about a gazillion dollars, what do you think the answer is going to be?

There hasn’t been a new Avengers movie announced, even though much of the Phase 4 slate is already known. While speaking with IGN, Feige was asked whether another one is in the works, and basically he says sure, but not anytime soon…

Combined, the four Avengers films have made about $8 billion so you bet your ass another one is coming. It probably won’t happen during Phase 4 but the next one is as sure a bet as anything. 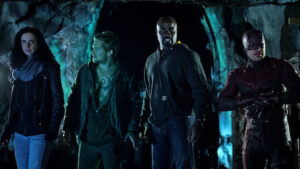 Feige also saw fit to leave the door open for something else fans have been clamoring for: the return of Marvel’s shows on Netflix, or at least the characters within them. Speaking with Deadline, Feige was asked whether there was any hope to see Charlie Cox’s Daredevil, Krysten Ritter’s Jessica Jones, or Jon Bernthal’s The Punisher ever again…

“Well, certainly you’ve seen what we announced at Comic-Con a year and half ago and on Disney Investor Day a few weeks ago, so that’s our focus. But I’ve been at Marvel long enough to never say never about anything.”

There have been rumors for a months that we might see Cox turn up as Daredevil in the next Spider-Man movie. With Peter Parker accused of murder, he could use some of that Matt Murdock lawyering. But so far there’s nothing confirmed, and Feige has been reluctant to incorporate characters and shows that weren’t created with his guidance. A contract clause prevented the Marvel Netflix characters from turning up in anything outside of the streamer for two years, but that has now lapsed and they are free to become part of the MCU whenever Feige thinks it’s the right time.