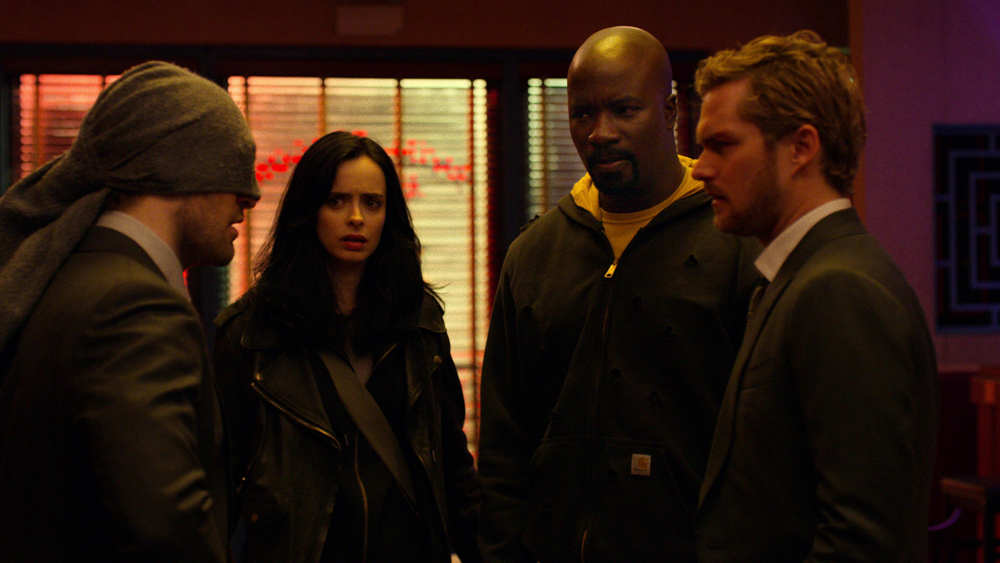 If there was a silver lining to the cancellation of Marvel’s Netflix shows, it was the possibility of Daredevil, Iron Fist, Luke Cage, and others just making the move over to Disney+. The streaming service seemed like the obvious place for these characters to re-emerge, with Kevin Feige integrating them fully into the MCU for the first time. But if that’s what you were holding out hope for you can consider those hopes dashed.

According to Variety, the deal struck between Marvel and Netflix prevents characters from any of the four original shows to appear anywhere outside of Netflix for two years after series cancellation. For Daredevil, Iron Fist, and Luke Cage this means you can’t see them until 2020, while Jessica Jones will likely be in 2021, assuming her show gets the ax next year as most expect. As for Punisher, whose second season was just confirmed for January, he falls outside of the original deal so his status is up in the air. Of course, it doesn’t really matter, does it?

A two-year wait means only thing: you can say goodbye to these versions of the characters forever. In that time Feige will be looking to develop ways to put his own spin on them, so that you forget Marvel TV ever had them in the first place. Furthermore, the actors involved are popular enough they’ll be too busy to wait, and their contracts likely wouldn’t allow it, anyway.

I never considered the Netflix shows to be part of the MCU, so this doesn’t mean shit to me. I’m actually pretty excited to see new versions of these characters pop up unexpectedly on the big screen, or perhaps get their own TV show on Disney+. Of particular interest to me is The Defenders, which could be rebranded with an entirely new lineup, maybe with Doctor Strange, Silver Surfer, and a couple of X-Men? Just sayin’, it’s possible.

New ‘Daredevil’ Series Is In The Works For Disney+