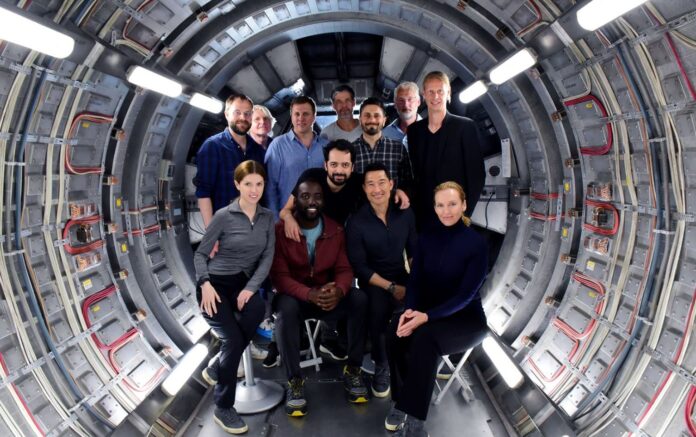 Netflix has another high-profile acquisition on its hands. The streaming powerhouse has picked up sci-fi thriller Stowaway, which had been set up for theatrical release by Sony. It’s easy to see why they’d want to get this one, too, with a cast led by Anna Kendrick, Toni Collette, Daniel Dae Kim, and Destroyer actor Shamier Anderson.

Stowaway is directed and co-written by Joe Penna, a Brazilian musician who previously helmed the 2018 survival thriller, Arctic. Netflix acquires a movie that is already completed, having been shot last year. The story follows the crew of a spaceship that is rapidly losing its life support systems, and the grim choices which must be made that not everyone is on board with.

SYNOPSIS: On a mission headed to Mars, an unintended stowaway (Anderson) accidentally causes severe damage to the spaceship’s life support systems. Facing dwindling resources and a potentially grim outcome, a medical researcher (Kendrick) emerges as the only dissenting voice against the clinical logic of both her commander (Collette) and the ship’s biologist (Kim).

We’ve seen these kinds of films before, usually on the high seas, but I think setting it in space has the potential for an Event Horizon/Sunshine-style thriller in which nobody can be trusted.

No word on when Netflix plans to release Stowaway, but I would venture that early 2021 sounds like a proper spot for it. If we start seeing teasers for it in the next few days, that is.