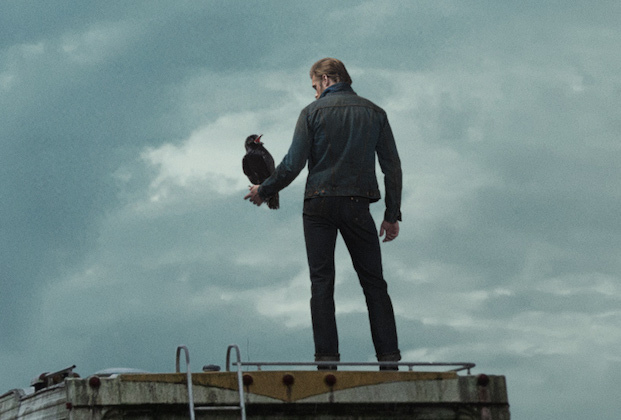 Considering all of the pandemic-themed projects flooding the market right now, what makes CBS All Access’ adaptation of The Stand so special? Well, it’s by Stephen King, for one thing, and it’s basically the granddaddy pandemic story of them all.  Whether people want to be reminded how awful this shit could get, with the help of an all-powerful evil entity mind you, is something we’ll just have to wait and see.

A new teaser for The Stand focuses on the battle between good, embodied by Whoopi Goldberg as Mother Ababail, and the forces of evil led by Alexander Skarsgard as “The Dark Man” aka Randall Flagg. In the wake of a plague that has wiped out much of humanity, the remaining survivors prepare for all-out war.

Directing the first episode of the 10-episode series is The New Mutants filmmaker Josh Boone, having been attached to various adaptations of The Stand for years. At one point it was going to be a movie with multiple sequels. The cast includes James Marsden, Amber Heard, Jovan Adepo, Heather Graham, Greg Kinnear, Odessa Young, Henry Zaga, Nat Wolff, and more.

‘Godzilla Vs. Kong’ Trailer: The Epic Clash Of The Titans Finally Arrives In March