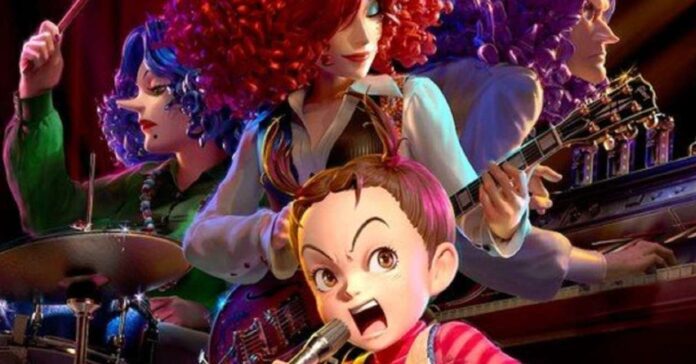 There has been a lot of buzz among animation fans for Earwig and the Witch, and for very good reason. The first 3D CG movie by 2D animation house Studio Ghibli, known for classics such as Spirited Away and Princesss Mononoke, is going to attract that kind of attention. And now as it heads to the U.S. via distributor GKids, the English-language voice cast has been revealed along with a new trailer.

Richard E. Grant, Dan Stevens, Taylor Paige Henderson, Vanessa Marshall, and singer Kacey Musgraves are among the many voices in Earwig and the Witch, which follows an orphan girl, who doesn’t know her mother had magical powers, who is taken by the selfish witch Bella Yaga.

The film was directed by Goro Miyazaki, son of the legendary Hayao Miyazaki, using many of the junior animators at Studio Ghibli. In an interview, Goro admitted that he “didn’t consult with the old guys at all” on this one, including his father, and that he’s the only one there who knows anything about CG animation. Maybe all of this is the reason why the animation doesn’t exactly look top-notch? At least not in comparison to the movies we have here. It looks like a first effort, but what matters for a Studio Ghibli story are the wondrous characters and those are definitely in good supply.

Earwig and the Witch opens in the U.S. in early 2021. It had been scheduled to be part of the cancelled Cannes Film Festival earlier this year.