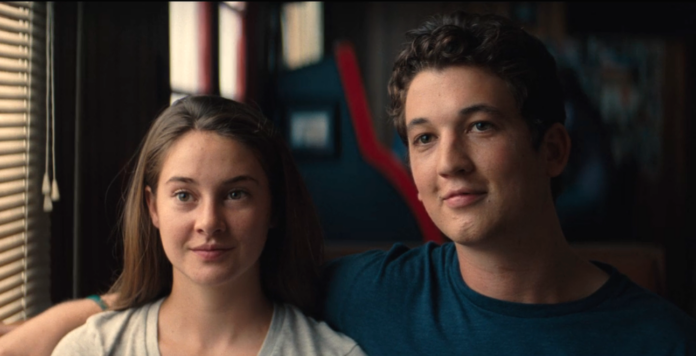 Shailene Woodley and Miles Teller will forever be joined at the hip in my mind. They starred together in The Spectacular Now, a film that made quite the impression on me and millions of others, and then followed that up with three Divergent movies which…well, they aren’t as memorable. Well, now it’s time for their fifth collaboration, as they’ll star in political satire The Fence.

A timely film that looks at our polarized politics, The Fence is directed by Icelandic filmmaker Grímur Hákonarson (Cannes Award winner Rams) and co-stars William Hurt. Woodley and Teller play a liberal newlywed couple who confront their ultra-conservative neighbor (Hurt) about a 9-foot fence he’s building to keep out terrorists.

Shane Danielsen wrote the script, and this will mark Hákonarson’s English-language debut.

Busy times ahead for both Teller and Woodley. He will be seen in next year’s Top Gun: Maverick, and is currently working on the Netflix film Spiderhead alongside Chris Hemsworth. Woodley recently starred in Drake Doremus’ Endings, Beginnings and has drama The Last Letter From Your Lover coming in 2021. [Deadline]