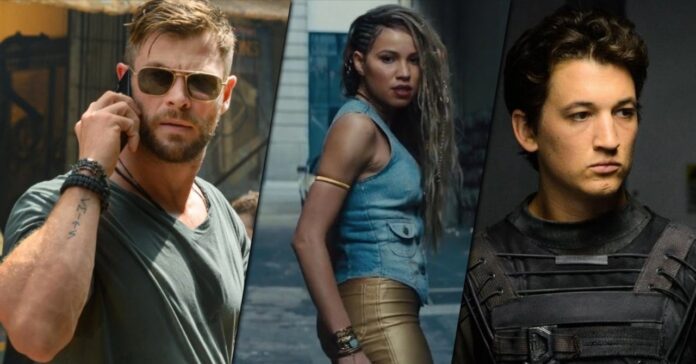 The stars of Thor, Birds of Prey, and Fantastic Four are coming together for a Netflix film by the writers of Deadpool and director of Tron: Legacy. Chris Hemsworth, Jurnett Smollett, and Miles Teller will star in Spiderhead, directed by Joseph Kosinski from a script by Rhett Reese and Paul Wernick. The film is an adaptation of George Saunders’ futuristic short story.

Spiderhead takes place in a future when two convicts volunteer for an experimental emotion-altering experiment in hopes of shortening their sentences.  The drugs they’re given force them to grapple with their pasts, while a brilliant visionary oversees the program.

This will be the next film for Kosinski following Top Gun: Maverick, which has Teller as one of its key stars.  Hemsworth is no stranger to Netflix, having starred earlier this summer in Extraction, one of the year’s biggest hits for the streamer.  Bell can currently be seen in HBO’s Lovecraft Country. [Deadline]