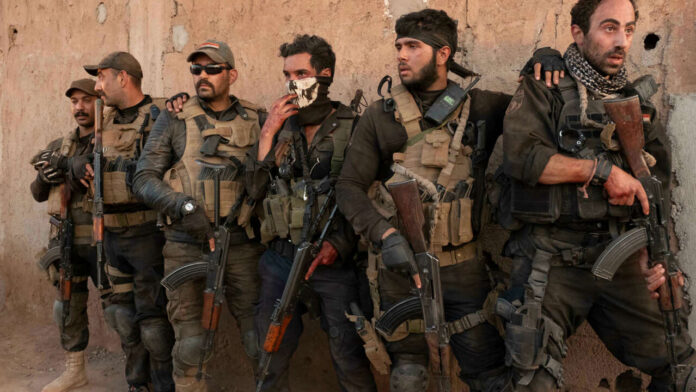 Last summer, the Russo Bros. teamed with Netflix for Extraction, which turned out to be one of the streamer’s biggest movies of the year. That film was led by first-time director Sam Hargrave and starred Chris Hemsworth. Now the Russos and Netflix are at it again with the similar-looking Mosul, also from a first-time filmmaker, but no huge names this time around.

Mosul is based on the true story of the Nineveh SWAT team, an Iraqi police force that stands in opposition to ISIS, the terrorist group that has attacked their home and targeted the people close to them.

SYNOPSIS: When ISIS took their homes, families and city, one group of men fought to take it all back. After inexperienced Iraqi cop Kawa (Adam Bessa) is rescued from a harrowing firefight by the elite Nineveh SWAT team, he’s quickly inducted into the rogue squadron, a band of ten brothers-in-arms led by the wise Major Jasem (Suhail Dabbach). Under constant threat of attack, the unit embarks on a dangerous guerrilla operation, determined to wipe out an enemy base and restore order to the lawless territory.