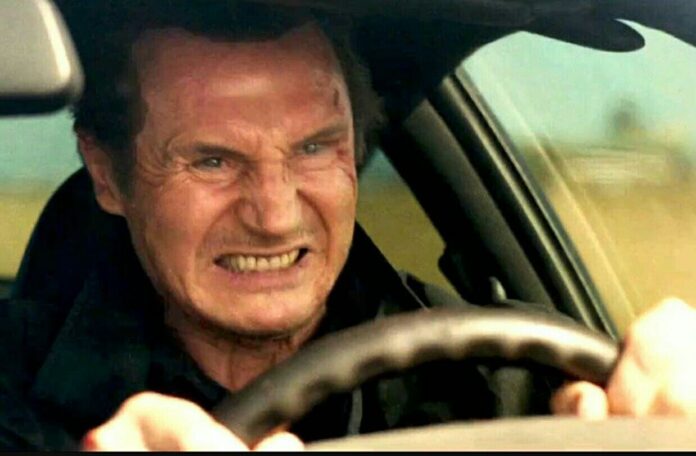 If you thought, even for a moment, that Liam Neeson had hung up his action-star cred for gentle dramas again, well, that ain’t happening. In fact, he’s signed up to lead Retribution, a ridiculous-sounding flick that sounds like Speed meets…*shudder* Getaway.

Deadline reports Neeson will star in Retribution, which comes from Predators and Vacancy director Nimrod Antal. Neeson will play a family man who is forced by a bad guy to drive around in a car wired with explosives, with his children inside. It’s a remake of the 2015 Spanish film El Desconocido.

So yeah, this fits what Neeson has been doing in other vehicle-based thrillers such as Non-Stop and The Commuter. He was most recently seen in another action film, Honest Thief, and but his busy year included dramas Made in Italy and Ordinary Love.