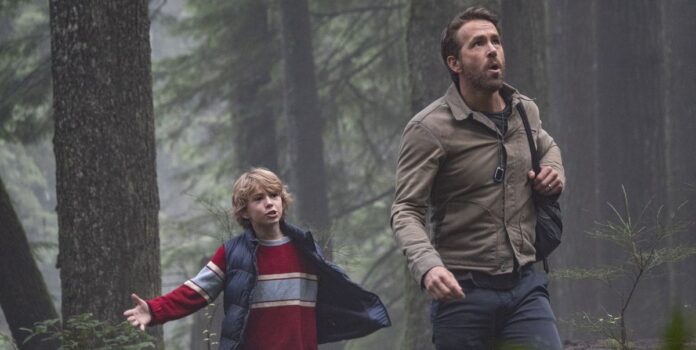 After a flurry of casting moves over the last couple of weeks, filming has begun on Ryan Reynolds’ time travel film, The Adam Project. After years in limbo, Netflix acquired the project from Paramount as a reunion of Reynolds with his Free Guy director, Shawn Levy, and now you can see them both in new photos released from the first days of shooting.

The Adam Project stars Reynolds as Adam, a man who must go back in time and join his younger self to help their late father, a brilliant physicist, in saving the future. Mark Ruffalo plays Adam’s dad, with Walker Scobell as the younger version of Adam. Catherine Keener, Jennifer Garner, Zoe Saldana, and Alex Mallari, Jr. co-star.

This marks Reynolds’ third movie with Netflix. The first being Michael Bay’s 6 Underground, followed by the upcoming action flick Red Notice. An earlier version of the film, going by the title Our Name is Adam, had Tom Cruise in the lead role.

Finished our first week on The Adam Project. In addition to taking these two photos, @netflix will be happy to know we also shot some of the film. Happy to be back in the sturdy arms of my friend, life coach and director, @ShawnLevyDirect. pic.twitter.com/9fb3Qalf0J