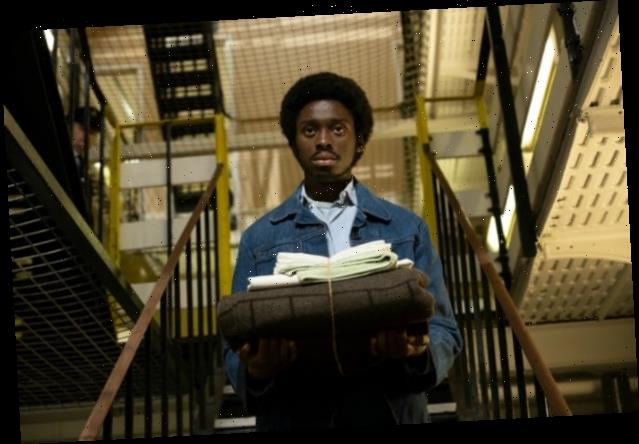 There’s no getting around it; the movie year has sucked with so many anticipated films moving to 2021. But you know what? We have also been graced by something we’ve never seen before, because for the last three weeks we’ve been treated to a brand new movie from Steve McQueen as part of his Small Axe anthology. Now that three have been released, the fourth, titled Alex Wheatle, is on the way.

Similar to the other films in the series, Alex Wheatle tells a powerful story of black West Indian immigrants in London during the ’60s and ’70s.  Sheyi Cole stars as the real-life Alex Wheatle, award-winning writer who became a key figure in the Brixton Uprising of 1981.

The film was directed by McQueen, who also co-wrote the script with Alastair Siddons.

ALEX WHEATLE (Premieres Friday, December 11)
Alex Wheatle follows the true story of award-winning writer, Alex Wheatle (Sheyi Cole), from a young boy through his early adult years. Having spent his childhood in a mostly white institutional care home with no love or family, he finally finds not only a sense of community for the first time in Brixton, but his identity and ability to grow his passion for music and DJing. When he is thrown in prison during the Brixton Uprising of 1981, he confronts his past and sees a healing path. Sheyi Cole stars opposite Jonathan Jules. Alastair Siddons and Steve McQueen co-wrote Alex Wheatle.

‘Education’ Trailer: Steve McQueen Wraps Up “Small Axe” With A Look At Systemic Racism In The Classroom