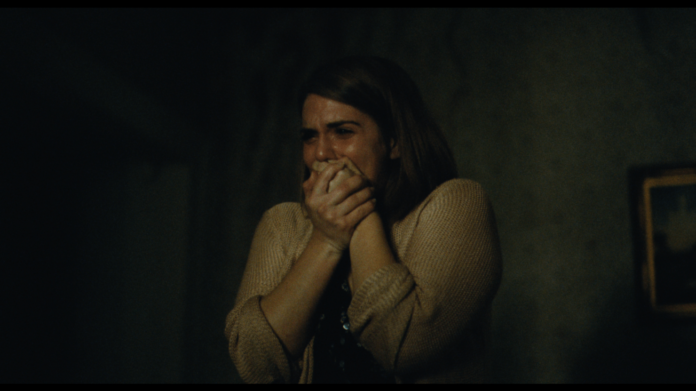 After being terrorized by a devious Elisabeth Moss in Shirley, Odessa Young faces a more visceral danger in Vertical Entertainment’s new film, The Giant, which opens next month on Friday the 13th. Based on the new trailer that is clearly not a coincidence.

Written and directed by David Raboy (short film Beach Week), The Giant takes place on graduation night, which should be a time of celebration and fun, but for Charlotte (Young) it becomes something different when her first love returns after being presumed dead. But with his arrival also come the deaths of other young women around the small Georgia town.

The Giant opens in premium VOD on November 13th.

SYNOPSIS: On her graduation night, Charlotte learns her first love has returned to her small Georgia town for the first time since vanishing the year before, in the midst of an awful trauma in her life. But on that night, a girl her age is found dead – and then another. Something terrible has arisen in this place, and as her final summer speeds towards a nightmarish conclusion, Charlotte gets the unshakeable feeling that somehow it is coming for her – in ways more troubling than she could ever know.