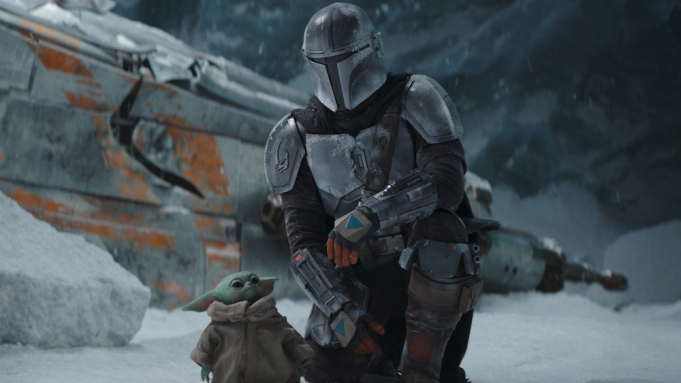 Disney didn’t need to do this with season two just a couple of weeks away, but they’ve gone ahead and released a new teaser for The Mandalorian‘s return. And we thank them for it, because it’s pretty cool seeing what new adventures are ahead for Mando (Pedro Pascal) and The Child aka Baby Yoda aka Green Money-Earnin’ Machine.

The new footage shows Mando on his next mission, to return The Child to “his kind”, which should be interesting since we’ve only ever seen a couple of his kind in decades of Star Wars stories. There may be some hope in finding other members of the Mandalorian clan, but for that, he’ll need help from an old rival, Carl Weathers’ Greef Karga, and ex-Stormtrooper Cara Dune, played by Gina Carano.

We see some cool Mandalorian shit, like Mando taking out a bunch of goons threatening The Child while at some sort of underground fight club. It looks like the Razor Crest takes a pounding along the way, and am I wrong in sensing something romantic between Cara Dune and Mando?

Sadly, nada of Rosario Dawson as Ahsoka Tano or Sasha Banks’ mysterious character, but the less we know the better.

The Mandalorian season two hits Disney+ with Jon Favreau and Dave Filoni back running the show.