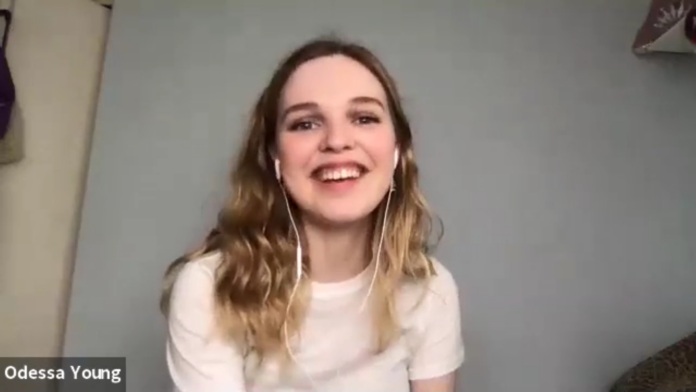 Sundance feels like a million years ago at this point, but definitely one of the best movies I saw was Shirley. One of the reasons I dug it so much is that I went in expecting a biopic of the horror author Shirley Jackson, and what I got was a tense, downright vicious psycho-thriller with Elisabeth Moss at her cruel best.

This fictional tale of creative control and manipulation is directed by Josephine Decker, whose visual artistry (If you haven’t seen Madeline’s Madeline, please rectify that) is challenged in this isolated tale of terror. The cast is all-around phenomenal as Moss is joined by co-stars Odessa Young, who plays Shirley’s biggest fan and thus the author’s favorite target, plus Michael Stuhlbarg and Logan Lerman.

I had the chance to speak with Josephine Decker and Odessa Young about Shirley, the real-life inspiration for the film, and how it relates to some of their other work.

You can watch those Zoom interviews below. Shirley opens on June 5th.