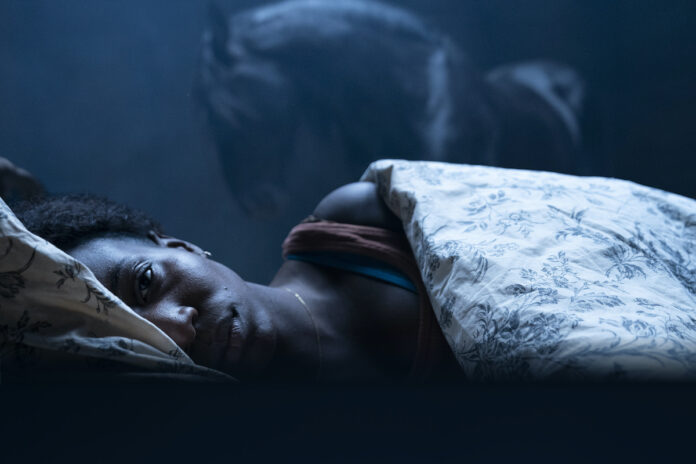 It is officially Halloween season, which means this is officially horror season, and while there are a wealth of options out there designed to scare, we expect a lot out of IFC Midnight. They haven’t let genre fans down with films such as Relic and The Wretched, and now the brand has dropped a trailer for Kindred, which looks to pick up where those films left off.

Marking the directorial debut of veteran commercials director Joe Marcantonio, Kindred follows a mother-to-be who is taken in by her late boyfriend’s mother and her stepson, who quickly grow obsessed with her every move.

The whole pregnancy aspect adds a new layer of suspense to the psychological thriller, as the potential endangerment of children tends to do. The film stars Tamara Lawrance (Steve McQueen’s Small Axe), Fiona Shaw (Enola Holmes), and Jack Lowden (Fighting with My Family).

SYNOPSIS: A psychological thriller rippling with suspense, Kindred follows vulnerable mother-to-be Charlotte (Tamara Lawrence) as she is taken in by her recently deceased boyfriend’s mother (Fiona Shaw) and her stepson (Jack Lowden), who seem increasingly obsessed with her every move. Plagued by mysterious hallucinations, Charlotte’s suspicions grow about Margaret and Thomas’ intentions for her unborn child.