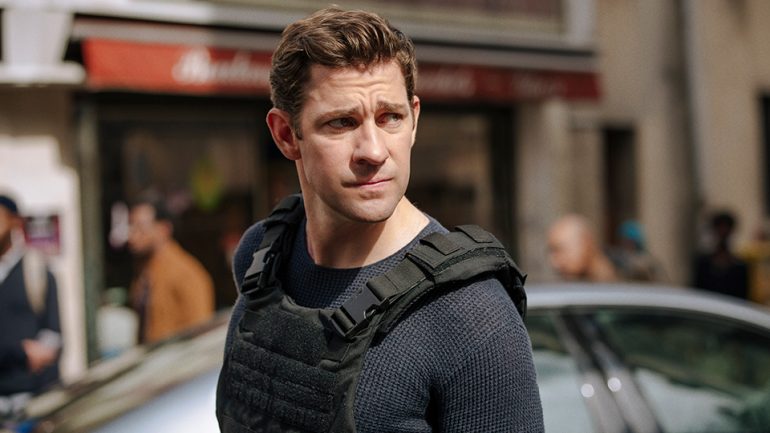 This weekend the biggest televised event of the year takes place when the New England Patriots face the Philadelphia Eagle in the Super Bowl. But for some of us whose team never had a chance at the big game (Next year, Chicago. Next year…), the night is all about the trailers and TV spots, as studios will spend big bucks to get their latest projects in front of the most eyes possible. With so little room in the busy nigh to stand out, Amazon has taken the step to just release their Super Bowl spot for Tom Clancy’s Jack Ryan now. Why wait?

John Krasinski plays the author’s titular field agent, who used to have his own movie franchise until Chris Pine messed it up with Jack Ryan: Shadow Recruit. Now he’s relegated to Amazon Prime but the gunfire, explosions, and scenes of Middle Eastern terror have followed. Wendell Peirce and Abbie Cornish co-star. Here’s the synopsis or the eight-episode series:

When CIA analyst Jack Ryan stumbles upon a suspicious series of bank transfers his search for answers pulls him from the safety of his desk job and catapults him into a deadly game of cat and mouse throughout Europe and the Middle East, with a rising terrorist figurehead preparing for a massive attack against the US and her allies.

You can hear the words of great historical figures like Barack Obama, John F. Kennedy, and *grumble* Ronald Reagan, setting an atmosphere of patriotism and defiance in the face of our enemies. It’s a good way to go, and suddenly my interest in this show is piqued when I couldn’t care less before.