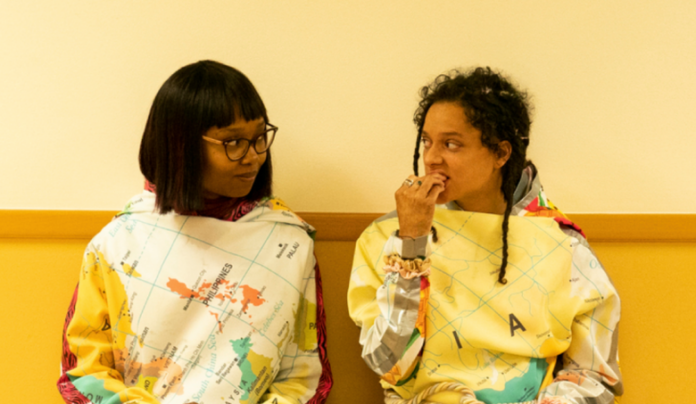 Given the state of the world right now, we could all stand to live in a utopia, at least for a little while.  Unfortunately, the seemingly idyllic setting of Amazon series Utopia isn’t all it’s cracked up to be. Developed by Gone Girl author Gillian Flynn, the show follows a group of comic book nerds who discover their favorite underground graphic novel is really a predictor of an upcoming apocalypse.

This NSFW trailer ratchets up the weird violence and humor, which is a lot more than what I was expecting it. Then again, it was a project that Flynn was working on with David Fincher for a number of years before the director and HBO had a falling out. Flynn took Utopia over to Amazon who jumped at the chance to work with the bestselling author, who has successfully made the transition to TV and movies with Sharp Objects and Widows.

SYNOPSIS: Utopia centers on a group of comic fans who meet online and bond over their obsession of a seemingly fictional comic called, “Utopia.” Together, Ian (Dan Byrd), Becky (Ashleigh LaThrop), Samantha (Jessica Rothe), Wilson Wilson (Desmin Borges) and Grant (Javon “Wanna” Walton) unearth hidden meanings cloaked within the pages of “Utopia,” predicting threats to humanity. They realize these are not just the makings of a conspiracy; they are very real dangers coming alive right now in their world. The high-stakes adventure brings the group face-to-face with the comic’s famed central character, Jessica Hyde (Sasha Lane), who joins them on their mission to save the world while harboring secrets of her own.