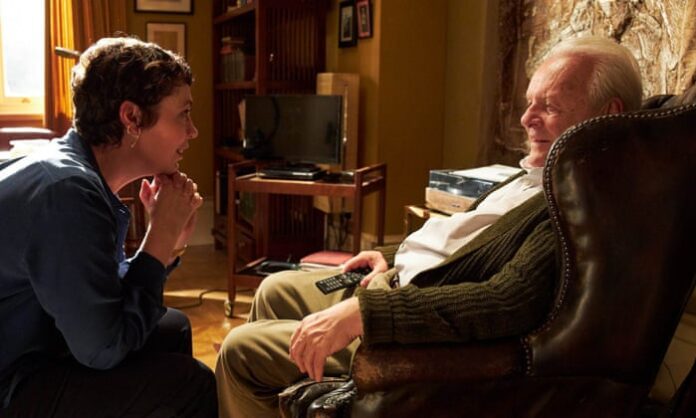 Movies about aging and the effects it has on one’s memory are fairly common. There were at least a couple of them at Sundance earlier this year, but only The Father dares to do something a little bit different in the telling of that story. Accomplished playwright Florian Zeller adapts his own stage play for the screen with a few unique twists designed to put us right inside the head of dementia’s victim.

Anthony Hopkins and Olivia Colman star in The Father, with the former as a spirited octogenarian who values his independence, even as his daughter tries to convince him to move into a care facility. While this is all pretty standard, the story veers sharply when his grip on reality becomes tenuous, and he can no longer recognize his daughter. Zeller’s changes things up by casting different actresses in the role, too.

The Father opens in theaters on December 18th.

SYNOPSIS: Anthony is 80, mischievous, living defiantly alone and rejecting the carers that his daughter, Anne, encouragingly introduces. Yet help is also becoming a necessity for Anne; she can’t make daily visits anymore and Anthony’s grip on reality is unravelling. As we experience the ebb and flow of his memory, how much of his own identity and past can Anthony cling to? How does Anne cope as she grieves the loss of her father, while he still lives and breathes before her? THE FATHER warmly embraces real life, through loving reflection upon the vibrant human condition; heart-breaking and uncompromisingly poignant – a movie that nestles in the truth of our own lives.