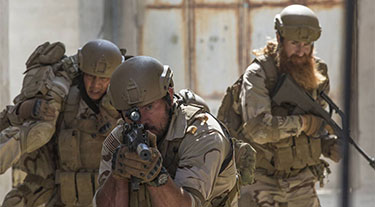 They say nothing unites like a common enemy and that’s exactly what brings the world’s best soldiers together in the trailer for Rogue Warfare: Death of a Nation. Now, I’ll be honest, I wasn’t aware of this franchise but as soon as I read that this was the third film in a trilogy I started looking for the first two. While it may not be the finest war epic in history it does seem to be a fine slice of hyper-action. Let’s be real, to make an entertaining action movie you only need a few things; a charismatic ensemble of good guys (or just one really charismatic lead), a bad guy that poses a real threat, and lots of things that go boom in a pretty way…seems to me that Rogue Warfare: Death of a Nation has all three, PLUS a bonus in Stephen Lang as the President.

Check out the trailer below and look for  Rogue Warfare: Death of a Nation in theaters, on demand and digital on September 25th, 2020!

Check out all of the latest trailers here!