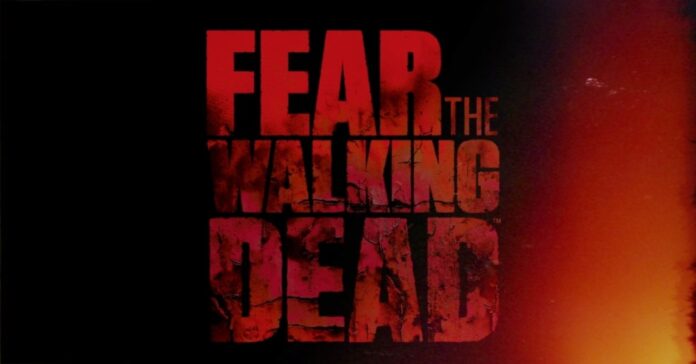 In the season finale of Fear The Walking Dead, radical doomsday cult leader Teddy Maddox semi-succeeded in detonating the nuclear missiles from the submarine, setting off a nuclear armageddon in the zombie apocalypse.  Morgan and company all were off seeking shelter to avoid not only the explosion, but also the nuclear fallout from the missiles.  In this year’s virtual Comic-Con @Home, the cast of Fear The Walking Dead shared some details as to what we should expect in the upcoming season via a panel hosted by Walking Dead enthusiast, Chris Hardwick.

Right off the top, Fear The Walking Dead returns Sunday, October 17th at 9:00 PM EST. Alicia Clark, who plays Alycia Debnam-Carey (the only person from season 1 still in the cats) is also stepping up behind the scenes and will direct an episode this season.  In addition, many of our main heroes are going to be experiencing all new dangers.  In addition to flesh-hungry hordes (that they are pretty much used to at this point), but now that a nuclear bomb has gone off, they’re navigating a nuclear winter, full of non-breathable air.  Lucky for Morgan (Lennie James), he’s going to hunker down with Grace (Karen David) who was a nuclear scientist/expert before the world went to hell.  In addition to this newfound disastrous moment, there will always be human monsters that our heroes will need to deal with.

Many of our characters will be evolving.  Strand’s gonna out-Strand himself.  Alicia will be caught in the dead-yet-still-looming Teddy’s apocalyptic plans of rebuilding society from the ashes with her as the leader of humanity (or does she want that role?).  Luciana (Danay García) who has always been adaptive depending on what community she’s a part of will also step up in a big way.  June (Jenna Elfman) and John Dorie Sr (Keith Carradine) will now be exploring one of Teddy’s nuclear bunkers.  And everyone else still has to find a way to adapt to this new world within the new world!

Although Fear takes place years before the mothership series, details about the group involved with Rick Grimes’ sudden disappearance during season 9 could still be dropped. That group is the CRM, the only major force to appear in every aspect of the franchise, including World Beyond.

“Each show has a different piece of the puzzle, but those pieces of the puzzle… aren’t just plots, they are personal stories for the characters that do advance aspects of the greater mythology,” franchise guru Scott M. Gimple explained. “But the CRM stuff in Fear really has to do with a couple of characters very deeply, and their situation bleeds out to other characters.”

So this won’t be a direct story related to Rick Grimes, who has a bunch of delayed films still arriving at some point, but could inform what we see about his situation later.

Meanwhile, the “couple of characters” affected “very deeply” that Gimple refers to are Al (Maggie Grace) and her lover, CRM pilot Isabelle, who will be played by the returning Sydney Lemmon. Lemmon had departed the series to shoot the short-lived Marvel show Helstrom.

Gimple adds that the CRM story is “part of a personal and emotional story on this show. It just so happens, though, that it does give other info about the greater world [that our survivors] inhabit.”