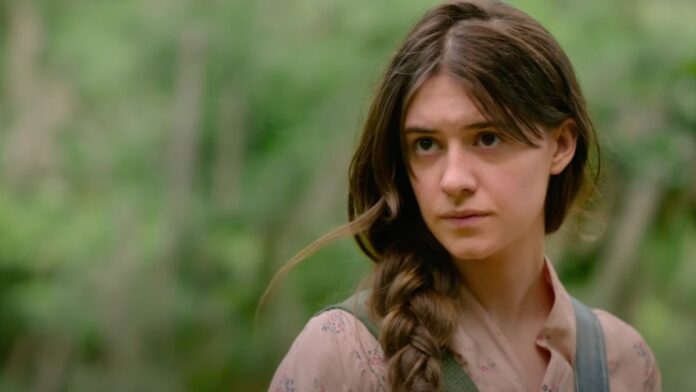 Sony is reveling in the buzz surrounding their upcoming adaptation of Where the Crawdads Sing. The anticipation is there for a reason. The film is based on the bestselling Oprah Book Club pick by author Delia Owens, with Reese Witherspoon putting her significant producing muscle behind it, as you can see in the new featurette below. But along with rising stars Daisy Edgar-Jones (Fresh) and Harris Dickinson (The King’s Man), the southern Gothic thriller also features a new track by Taylor Swift.

Edgar-Jones stars as a resourceful young woman, who survived on her own in the marshes of North Carolina, who becomes the prime suspect in the murder of an ex-boyfriend.

Sony Pictures will release Where the Crawdads Sing into theaters on July 15th.

From the best-selling novel comes a captivating mystery. Where the Crawdads Singtells the story of Kya, an abandoned girl who raised herself to adulthood in the dangerous marshlands of North Carolina. For years, rumors of the “Marsh Girl” haunted Barkley Cove, isolating the sharp and resilient Kya from her community. Drawn to two young men from town, Kya opens herself to a new and startling world; but when one of them is found dead, she is immediately cast by the community as the main suspect. As the case unfolds, the verdict as to what actually happened becomes increasingly unclear, threatening to reveal the many secrets that lay within the marsh.

‘Your Place Or Mine’ Trailer: Reese Witherspoon & Ashton Kutcher Are Best Friends Who Swap Houses In Netflix’s Rom-Com