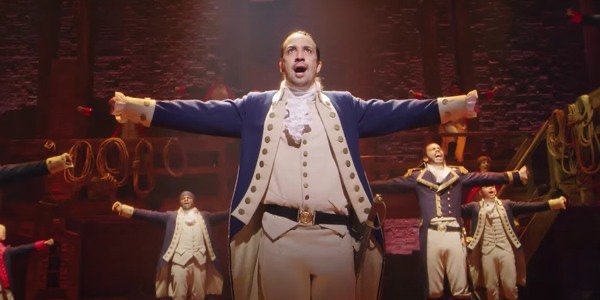 By now the world knows his name but that’s not stopping the Hamilton crew from drumming up excitement for next week’s premiere on Disney+. Today the Walt Disney Studios’ YouTube page released a short clip of the Tony- Award-winning musical. The 49-second clip features the very beginning of Hamilton’s origin story from the opening song “Alexander Hamilton.”

Hamilton has been in the news a lot in 2020. Back in February, it was announced that the show would receive a theatrical release in October 2021. That plan changed with the coronavirus with Disney announcing in May that the date would be moved up and exclusively put on its streaming platform. The cast also appeared on John Krasinski’s Some Good News show in April, performing the opening song for a young fan who missed the show due to the pandemic. Earlier this week, a trailer dropped with Miranda promoting it on the morning shows.

You can watch the trailer below and catch the show on Disney+ on July 3rd.