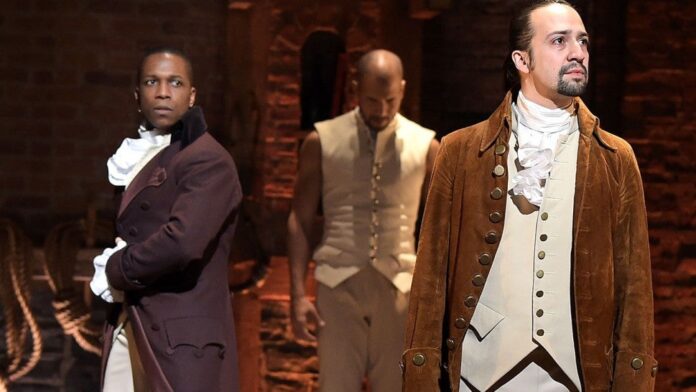 Because somebody at Disney has a really sick sense of humor, the debut trailer for the filmed performance of Broadway sensation Hamilton (aka #Hamilfilm) has arrived at 11pm at night. Who timed this out?

Don’t get it twisted, this isn’t a narrative adaptation of the Tony Award-winning Hamilton by Lin-Manuel Miranda. This is a filmed edition of the musical from Broadway’s Richard Rodgers Theatre in June 2016, shot by Tommy Kail, director of the stage production. The original cast is all in place, too, including Miranda, Daveed Diggs, Leslie Odom Jr., Renée Elise Goldsberry, Jonathan Groff, Jasmine Cephas Jones, Phillipa Soo, and Anthony Ramos, all of which have gone on to do pretty great things on the big screen.

Disney had planned for this to hit theaters in October 2021 followed by a release on Disney+, but the outbreak of COVID-19 moved everything up and changed the rollout considerably.  Hamilton will now hit Disney+ on July 3rd.