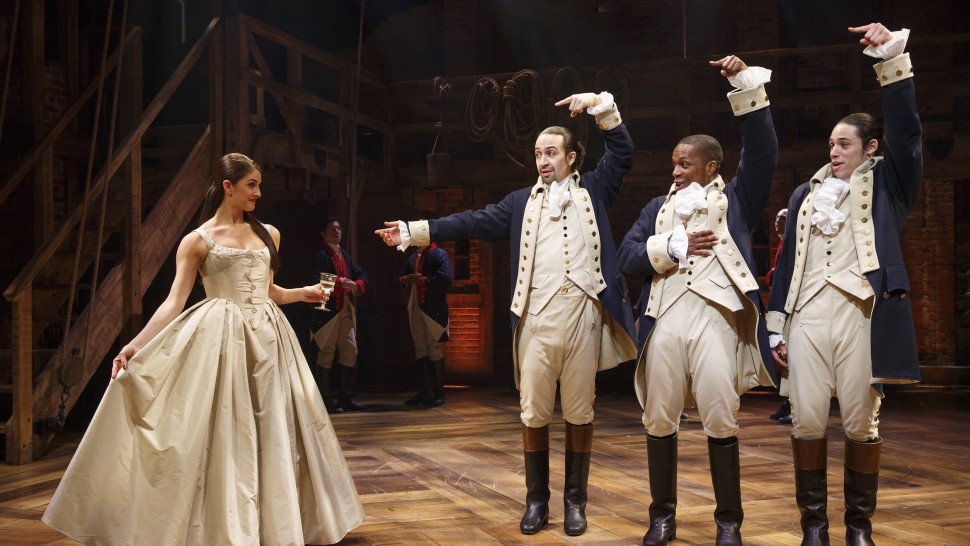 We know that a Hamilton movie is going to happen someday, it’s only a matter of time. But before that happens, Lin-Manuel Miranda’s Broadway smash will be seen on the big screen, and it’s coming sooner than you might think.

Back in 2016 we learned that a “live capture” of the show was filmed at the Rogers Theatre in New York City, featuring the Broadway cast and Miranda just as he was exiting the production…

1)So far @USATODAY is the only one not burying the lede:
We’re filming the original cast before I go.
WE GOT YOU. https://t.co/O7Vo9LhF7O

We didn’t know what they were going to do with it or when we’d see it, but now Disney has confirmed the film will arrive on October 15th 2021. The original Broadway cast features a number of stars who have gone on to bigger things. Besides Miranda himself, the cast included Anthony Ramos, Leslie Odom Jr., Chris Jackson, Jonathan Groff, Daveed Diggs, and Renee Elise Goldsberry.

So for those who couldn’t be “in the room where it happened”, this is your chance to experience the phenomenon on the big screen. Check out the press release below.

The film of the original Broadway cast performingHamiltonis a leap forward in the art of “live capture.” This movie transports its audience into the world of the Broadway show in a uniquely intimate way. Combining the best elements of live theater and film, the result is a cinematic stage performance that is a wholly new way to experience Hamilton.