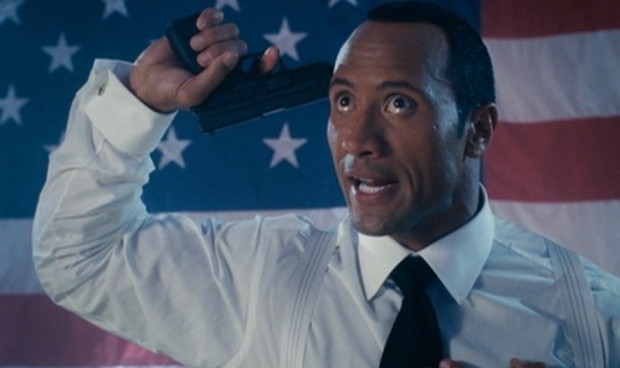 Richard Kelly had one of the most inexplicable cult-favorite films ever, at least to me, with 2001’s Donnie Darko. There are a handful of terrible movies that I feel groupthink played a part in their success, and Donnie Darko was one. Kelly followed it up, and proved his inadequacy as a filmmaker, with 2006’s wildly incoherent Southland Tales, which was critically-reviled by all. He would go on to direct just one more movie, 2009’s decent-but-forgettable The Box, but has been quiet ever since. Now he hopes to return with a sequel absolutely nobody is asking for.

According to The Film Stage, Kelly recently hosted a viewing party of Southland Tales. Good lord. He explained that he and his team have completed a 4K restoration of the 158-minute Cannes cut of the film, and that he’s also been working on an “ambitious” prequel script that he hopes to direct.

We have completed 4K restorations of both the theatrical and Cannes versions. The 158 minute Cannes cut is rough with many unfinished visual effects. It *will* be released for posterity… but my focus has been on preparing the epic Version 3.0 of #SouthlandTales. #SouthlandNow

#SouthlandTales is a six-chapter saga. The existing film covers the second half. I wrote graphic novels with @brettweldele that cover the first three chapters. I have completed an ambitious new script that uses the novels as a blueprint for an ambitious new film. #SouthlandNow

My *hope* is to direct a new #SouthlandTales prequel film using a hybrid of animation and live-action. This new film could be released in tandem with an expanded version of the existing film with significant new content. #SouthlandNow

Note the emphasis on “hope” there. I think Kelly knows that no studio is going to finance anything involving Southland Tales. The Film Stage does note that Kelly was reportedly talking to an unnamed studio a year ago about this project. It was Mubi that hosted his viewing party, so maybe it’s them? Seems a bit out of their scope, but who knows? As unappealing as a new Richard Kelly movie is to me, there’s a certain group of people who will really be into this.