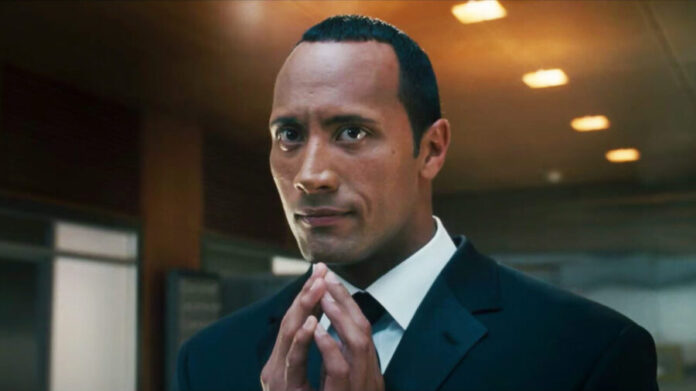 It’s unlikely that anybody will be willing to pay Richard Kelly anything to revisit his prior films, at least I hope not, but he remains hopeful of a prequel to his disastrous 2006 post-apocalyptic satire, Southland Tales. The star-studded film was led by Dwayne Johnson, still in the dawning period of his acting career, and Kelly thinks it’s a good time for a reunion.

After 2001’s wildly overrated, nonsensical, inexplicable cult favorite Donnie Darko, Kelly followed that up with the equally atrocious-yet-strangely-beloved Southland Tales, which starred Johnson, Mandy Moore, Sarah Michelle Gellar, Seann William Scott, and Justin Timberlake with appearances by Kevin Smith, Amy Poehler, and many more.  It did like all of Kelly’s do, which is fail in epic fashion at the box office, but because of its cult status is now receiving a 2K Bluray restoration, which he spoke with EW about.

Kelly admits that Johnson is a much bigger star now than he was back then, but hopes that a return for more Southland Tales can be worked out…

“Yes, I realize that. That’s a whole other discussion that I’m not able to completely address. But I would love more than anything to work with Dwayne again on this project and with all the actors. It’s just a question of, is there a way to figure that out? I certainly hope so.”

“I’ve worked on quite a bit of new ‘Southland Tales’ material and we’ve been doing a lot of work to try and figure out how we could pull it off,” Kelly adds. “I’m not going to ever give up on it. I’m going to keep pushing for it for the rest of my life or until everyone gets too old. I believe in the project and I feel there’s a chance for us to really do something much more exciting with it, given the streaming platforms and the long-form storytelling possibilities that exist now, where people are able to have a bigger canvas. We’ll see what happens.”

Kelly has talked about a Southland Tales sequel/prequel that would combine live-action, animation, and use a wealth of new material as well as other adapted material. Honestly, it all sounds very doughy at this point, which can be said for pretty much everything Kelly does. I doubt this project ever happens, and if it does there’s almost no chance Johnson would be part of it. Geezus I’d rather see him do another Walking Tall than this.