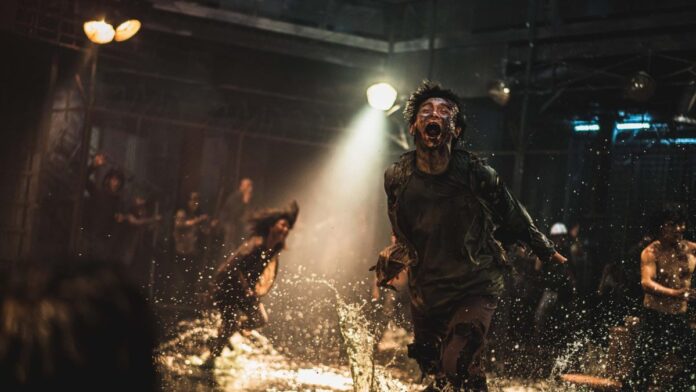 The cast includes Lee Re, Kwon Hae-hyo, Kim Min-jae, Koo Kyo-hwan, and child actress Lee Ye Won. The budget is nearly double the $8.5M cost of the original zombie outbreak film, and Yeon suggests the difference will be noticeable. He tells ScreenDaily…

“The scale of Peninsula can’t compare to Train To Busan, it makes it look like an independent film,” says Yeon. “Train To Busan was a high-concept film shot in narrow spaces whereas Peninsula has a much wider scope of movement.”

Peninsula is set for a summer release in South Korea.

Check out the photos below:

‘Peninsula’ Trailer: Zombie Sequel Picks Up Where ‘Train To Busan’ Left Off