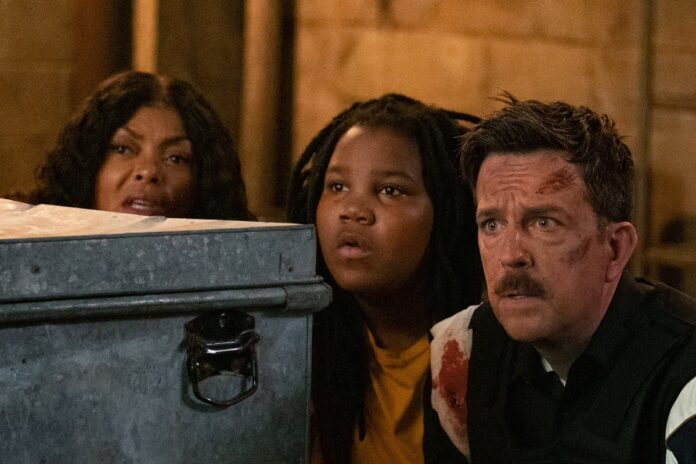 Netflix is flipping the script on the buddy cop comedy genre with Coffee & Kareem.  Yes, that’s a pun, and if you chuckled at it then you’re likely the target audience for this new film featuring Ed Helms paired up with young actor Terrence Little Gardenhigh.

Helms plays cop James Coffee, who finds himself on the case with Kareem Manning (Terrence Little Gardenhigh), the 12-year-old son to his girlfriend, played by Taraji P. Henson. First of all, the idea of Helms and Henson as a romantic couple is worth a few laughs already, but throw in some drug dealers and a cast that includes the terrific Betty Gilpin and David Alan Grier, and this could be one sweet cup o’ joe.

Another reason for optimism is director Michael Dowse, best known for comedies Take Me Home Tonight, Goon, and Stuber.

SYNOPSIS: In the raunchy, buddy-cop comedy Coffee & Kareem, twelve-year-old Kareem Manning hires a criminal to scare his mom’s new boyfriend — police officer James Coffee — but it backfires, forcing Coffee and Kareem to team up in order to save themselves from Detroit’s most ruthless drug kingpin.