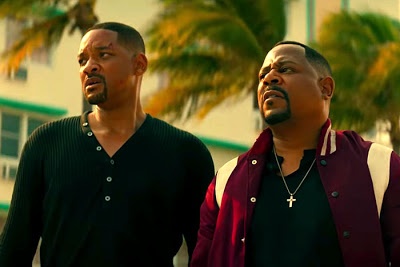 The best Bad Boys is coming home early. Bad Boys for Life, the biggest movie so far in 2020 with $419M worldwide, will be released digitally on March 31st. That’s a full month earlier than its availability on Bluray and DVD.

The move by Sony is likely a response to the worldwide pandemic which has closed movie theaters and left millions of people in their homes. Following the March 31st digital release, Bad Boys for Life will hit 4K Ultra, Bluray, and DVD on April 21st. The gap between digital and physical releases is rarely so long, if there’s one at all. So this move is likely a strategic one.

Bad Boys for Life returns Will Smith and Martin Lawrence to the action franchise for the first time since 2003. I think everybody’s expectations were low, but for me this was the best story of the three movies by far, even if the action sequences were less impressive. It’s safe to say the series is reborn, and another movie is already in the works.

Details on the home release special features are below:

Extended & Alternate Scenes (Including an Alternate Ending)
Outtakes & Bloopers
Ride or Die: Making Bad Boys for Life
Partners in Crime: Behind-the-Scenes
It’s About Time: Go through 25 years of Bad Boys history with Producer Jerry Bruckheimer, the cast and crew
Easter Eggs: Directors Adil and Billal take us on a tour of a few of the Easter eggs and callbacks to earlier Bad Boys films
And more

Podcast: Bad Boys For Life, Dolittle, Morbius, and the Star Wars 9 that Might Have Been