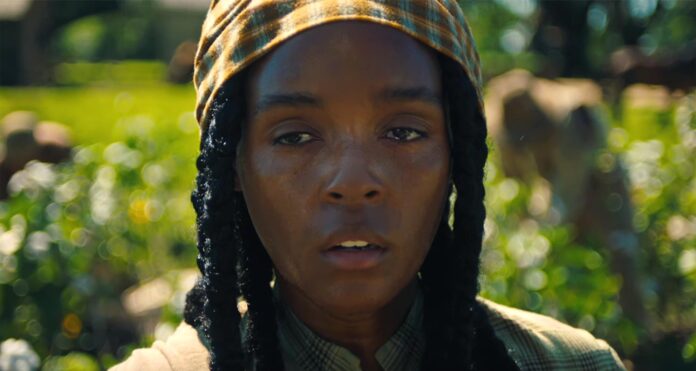 There’s mystery, and then there’s what Lionsgate is doing with Antebellum. The southern thriller is being extremely close to the chest, and after a pair of trailers it’s hard to tell what the Hell is happening to Janelle Monae’s character.

So little is willing to be revealed that this latest trailer, the full official one, clocks in at just 42 seconds. Monae plays a writer who somehow finds herself sent back a couple hundred years to the antebellum south. But why did it happen, how did it happen, and did it happen at all? She seems to be a woman on the edge of a breakdown, so there’s bound to be a deeper secret.

The film comes from the producers of Get Out and directors Gerard Bush and Christoper Renz. Joining Monae in the cast are Jena Malone, Kiersey Clemons, Gabourey Sidibe, Eric Lange, and Jack Huston.

Cinema Royale: Talking THE DEVIL ALL THE TIME, THE SECRETS WE KEEP, ANTEBELLUM, & More