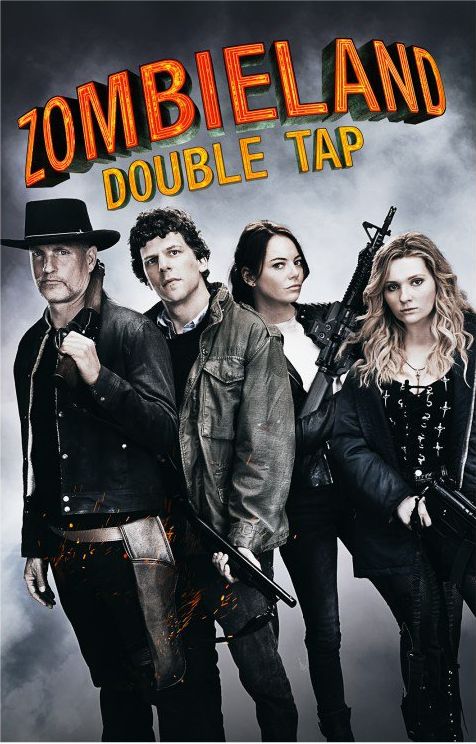 **UPDATE
Once again I was too quick on the gun, shortly after I posted the Rosario Dawson news below Sony Pictures released the first official image in the form of a “10 Year Challenge”…gimmicky? Yes. Am I just happy to get more on this? Absolutely

I don’t know what’s more unbelievable, that it’s been ten years since Zombieland took us all by surprise, or that ten years later they were able to pull the entire cast back together for a sequel. That’s no small feat, especially considering that none of them has been hurting for work since the original release. Well, the world’s most fun film set in during a zombie apocalypse just got a little more fun and a whole lot more sexy as geek goddess Rosario Dawson has added her name to the list of survivors (presumably her character will be alive at least) set to trek across the Undead States of America in Zombieland 2. Dawson has never been shy about waving her geek flag, from her leading roles in Clerks 2 and Sin City to the comic book she co-wrote, OCT: Occult Crimes Taskforce (which I still argue is an amazing premise for a TV show), she’s always been game for the genre roles and has never failed to elevate her characters. I have no idea where she’ll fit into the story, I’m assuming she’ll be someone they meet along the way who will, most likely, have some love/hate action going on with Woody Harrelson’s Tallahassee. Either that or she’ll be the leader of one of the other groups of survivors they run into. Here’s the official synopsis:

Columbus, Tallahasse, Wichita, and Little Rock move to the American heartland as they face off against evolved zombies, fellow survivors, and the growing pains of the snarky makeshift family.