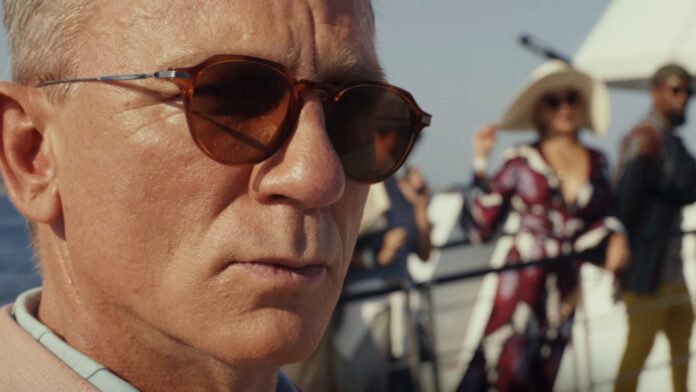 When Rian Johnson released Knives Out in 2019, it was seen as just this starry palette cleanser, following the divisive reaction to The Last Jedi. Little did any of us know, the crime caper would be something much closer to a phenomenon that invigorated the whodunnit’s popularity, when an entire generation had been taught murder myseries were meant to be stuffy Agatha Christie dramas watched on Sunday nights. Now just three years later, Johnson has perhaps found the movies he will be remembered most fondly for, and that’s saying something given his popularity.

Glass Onion: A Knives Out Mystery might  be a Netflix joint, with two sequels having been acquired by the streamer, but this is a bigger, smarter, funnier, and just plain better movie than Knives Out.No shade on its predecessor, but Johnson is operating on a higher level here with a caper that constantly subverts our expectations of the genre. The greatest thing it accomplishes, though, is that it is always aiming to entertain. This whodunnit is a treat from start to finish.

Johnson’s southern-fried detective Benoit Blanc is back, once again played by Daniel Craig, who is even more southern and even more fried than before. He’s also, well, a bit different. The pandemic has affected him, too. What’s a gumshoe like him supposed to do without the thrill of a crime to solve? Spending every day soaking in the bathtub chatting with friends over Zoom (get ready for an “Awwwww” moment) is  a struggle for a guy like him. Fortunately, a knock on his door fixes that.

An ingenious set-up finds Blanc amongst another group of suspicious rogues, this time on a private island in Greece. That’s where Edward Norton’s tech billionaire Miles Bron has invited a bunch of his friends, nicknamed “The Disruptors” to enjoy a weekend of fun, frolick, and a murder mystery game. Having Blanc around takes the game to another level, and soon the detective discovers that somebody isn’t there to play around. There are deadly secrets that each of them is holding on to.

Somehow, Johnson has managed to wring even more fun from this ensemble than he did with the first. Everyone here is brilliant. Dave Bautista plays Duke, an oafish Youtuber and men’s rights activist, with Madelyn Cline as Whiskey, his super hot girlfriend. Leslie Odom Jr. is Lionel toussaint, renowned scientist and Miles’ top guy. Kathryn Hahn is governor and Senatorial candidate Claire Debella. Kate Hudson is clearly having a blast as the glamorous and dim-witted starlet Birdie Jay, with Jessica Henwick as her frazzled assistant, Peg.

Similar to the way Ana de Armas was the big surprise of Knives Out, it’s Janelle Monáe who emerges as the breakout of Glass Onion. She plays Andi, who initially looks like the odd person out at the party, with a role that is considerably less showy. But, as the layers of this onion begin to fall away, her role evolves and becomes something totally unexpected. I would go so far to say that she shares equal billing with Craig’s Benoit Blanc, who is a bit less suave, refined, and confident this time around. There are cracks around the edges, and Andi helps keep him together.

Johnson is clearly relishing the expanded resources. Glass Onion is a much bigger film, fitting for the exotic locale. Miles’ island is like something that a James Bond villain would love as his HQ. Johnson uses the excess to make some really funny sight gags, comment on the frivolous nature of the wealthy, and to introduce some killer cameos that definitely shouldn’t be spoiled. You’ll want to watch Glass Onion multiple times to catch all of the sly gags because there’s always something going on.

Of course, so much happening is also part of the distraction. The mystery itself takes a long time to get rolling, but the wait is worth it because every interaction with this colorful group of misfits is a blast. Blanc, who we learn more about than we did in the first movie, is being revealed to be so much more than just another detective. If Johnson was setting out to create the Poirot for today’s generation, he’s well on the way. Glass Onion is everything fans of Knikves Out could’ve hoped for, and Netflix has made a smart investment by partnering up with Johnson. My only hope is that people will take advantage of the short theatrical release and see it on the big screen, as well.  Not only does the lush production design demand it, but Blanc’s latest case will be all everybody wants to talk about until he’s back again.

Glass Onion: A Knives Out Mystery opens in limited release on November 23rd, then Netflix streaming on December 23rd.