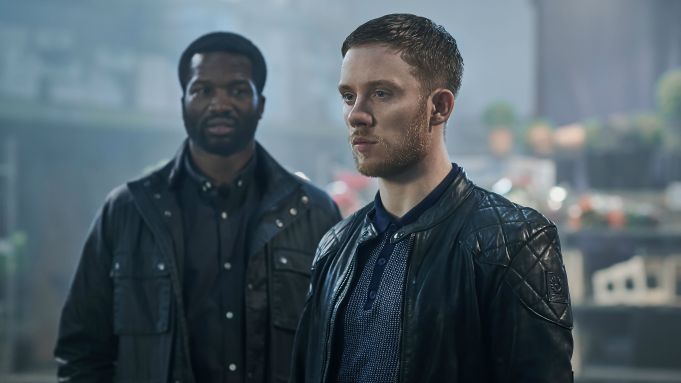 While fans of The Raid and its equally-violent sequel (both of which were on my best movies of the decade list) will forever hope Gareth Evans returns to the realm of action flicks, he’s found new ways to depict murderous rage and brutality. Following on his gory Netflix horror Apostle, Evans has found his way to television with Gangs of London, and the director’s fans won’t be disappointed judging by the look of it.

Evans’ brand of stylish ferocity and savagery is evident in the new trailer for Gangs of London, a series he co-created with Matt Flannery. The Brit series centers on the violence that erupts when the head of a powerful crime family is murdered, and the London gangs race to fill the power vacuum. Green Room‘s Joe Cole plays the murdered boss’s son, who tries to maintain control while finding those who murdered his father.  The cast includes Colm Meaney, Sope Dirisu, Michelle Fairley, Mark Lewis Jones, and Valene Kane.

Half of the 10-episode series will be directed by Evans, and he’s joined by an impressive group that includes Corin Hardy (The Nun) and Xavier Gen (The Divide).

Gangs of London will have its U.S. premiere on Cinemax later this year.