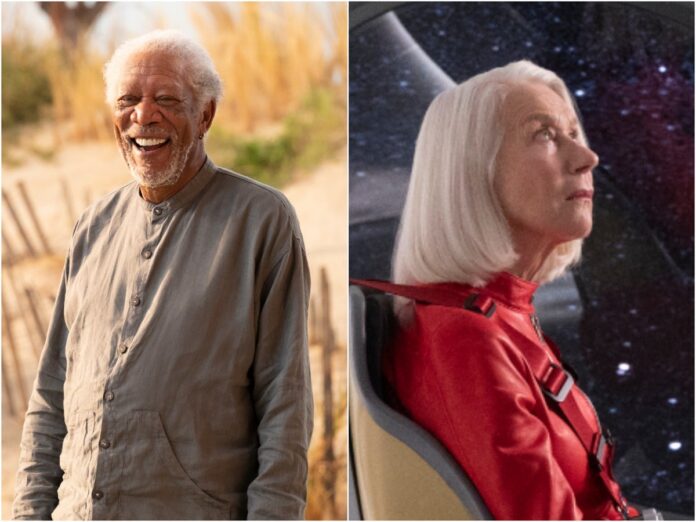 The Toronto International Film Festival, or TIFF, is right around the corner and there won’t just be big movies debuting there. You’ll also find a lot of deals being struck and a lot of major acquisitions. And so far the biggest is for Sniff, a film noir that will star Morgan Freeman, Al Pacino, Helen Mirren, and Danny DeVito.

The film is directed by Taylor Hackford, best known for Proof of Life, Ray and for being Mirren’s husband. Penned by Tom Grey, the story begins as “two residents die under suspicious circumstances in a high-end luxury retirement community. Retired detective Joe Mulwray (Freeman) is pulled back into the action by his former partner William Keys (DeVito), and they uncover a hidden underworld of sex, drugs and murder in the wealthy community controlled by kingpin Harvey Stride (Pacino), and his femme fatale enforcer, The Spider (Mirren). “

Sounds awesome. That’s a lot of Oscar-winning star power, too, including Hackford. Devito is an Oscar nominee. Most of these actors have worked together in some way before, including Freeman and Mirren who starred together in the 2010 action-comedy Red, and the Amazon series Solos. Speaking with Deadline, Hackford talked about wanting to continue the resurgence of film noirs thanks to Knives Out.

“Usually you don’t want to mention other films, and this has nothing to do with that film in terms of story,” Hackford said. “But I loved what Rian Johnson did in terms of taking an old genre, the whodunit, and spicing it up with life and making it real in the contemporary situation. That’s what I have in mind for Sniff in the film noir. There is a stylistic quotient in the writing and the characters that gives the audience light. There is an enjoyment in film noir, especially when you get a Bogart, a Mitchum — somebody who knows how to deliver great dialogue. That’s what Tom wrote, and I think it will be fun with the actors. At its core, I’m serious about film noir and that it gets dark and difficult. There will be laughs and smiles in the film, but as it goes, it gets darker and darker, and it pays off. If you are using film noir and it doesn’t pay off in a very climactic way, it becomes a euphemistic use of that turn, and this is not that. We’ve got great racehorses on a really interesting track, and when that happens, there is potential if I do my job, to turn out a memorable film.”